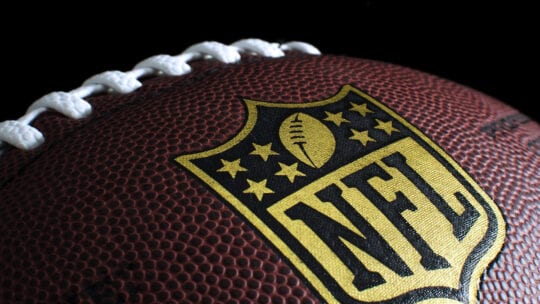 From a PR standpoint, highlights of CBS’s Super Bowl pregame show didn’t come from Miley Cyrus’s concert for essential workers or the moving piece celebrating the 30th anniversary of Whitney Houston’s performance of the national anthem. It came from a simple interview that many viewers may have missed while preparing their game-day spread.

CBS Sports’s James Brown sat down for a one-on-one with NFL Commissioner Roger Goodell before the 4 p.m. ET hour to discuss two of the NFL’s biggest challenges in the 2020 season: COVID and diversity. The country, almost a year into the COVID-19 pandemic, knows the trouble with sugar coating crisis, particularly one dealing with physical and mental health. Just saying everything is good or fine no longer satisfies the public need for detailed information, especially with 400,000 Americana dead from the virus.

Brown asked Goodell what lessons the league learned as well as how it could successfully complete the season in a non-bubble environment. And Goodell responded with facts, which sits well with audiences and fact-checkers alike.

“We had a positivity rate of .08,” Goodell answered. “Which, you know, for us, we believe that our players were safer in our facilities. And that was something that we were really proud of.”

Goodell also used quality PR moves to give an update on the NFL’s progress on diversity—particularly in regards to employment. As many viewers saw Sunday night, the Super Bowl ushered in not only its first female referee, but also the first women coaches to win the big game.

However, when it comes to race, Brown prodded Goodell on the recent head coach hirings—none of which were filled by candidates of color (the closest being the New York Jets’ new coach Robert Saleh, of Lebanese descent), causing a disappointment for many in regards to diversity hiring in NFL leadership.

Goodell did not deflect from the question. He acknowledged changes being made, as well as where mistakes occurred.

“We made a number of changes this past offseason that were meant for short‑term, midterm, and long‑term and to create change within our league,” Goodell said. “And diversity is a value for us. It's something that we take very seriously. We think it makes the NFL better. And we really didn't do as well as we wanted to do on the head coaches. But we did see progress across the league on diversity and strengthening us on the coordinator level and the general manager level. But we really want to do better at the head coach level. So we're not where we want to be. We’re going to continue to focus on that. We’ll probably make more changes in the coming offseason.”

Many brands and organizations will face questions in the coming months regarding their tactical progress following statements of diversity action. The NFL won’t be last. In a recent PRNEWS article, we asked communicators how organizations should respond if falling short of their initial goals. According to our experts, the NFL answered with the correct response—transparent and acknowledging its shortfall.

Margot Bloomstein, principal of Appropriate, Inc. and author of “Trustworthy: How the Smartest Brands Beat Cynicism and Bridge the Trust Gap,” said showcasing vulnerability and being honest helps create trust with an audience.

“Seize the opportunity to be transparent and share what’s working well—or not working at all,” Bloomstein said. “Did you learn something new and need to course-correct? Did you realize a new hiring process was harder than you thought? Remind customers and stakeholders of your values and share how you’re working to manifest them. Commitment to progress matters, and your work—and transparency—can be a model for other organizations.”