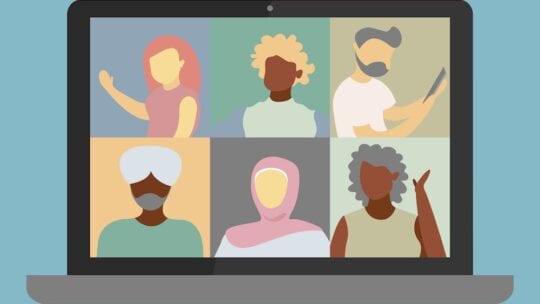 When it comes to communicating a commitment to equality to employees, actions speak louder than words. Many companies have launched employee resource groups, or ERGs, in which employees volunteer to lead a focused group with clear missions, goals and objectives to contribute to the overall organization.

According to Indeed.com, ERGs can incorporate a variety of commonalities including race, gender, sexual orientation, disability, religion and more. They typically fall under one of four categories: diversity resource groups, volunteer groups, affinity groups and professional development groups.

Indeed.com also states that the first ERGs, also known as Workplace Affinity Groups, formed in the 1960s “in response to racial tension and workplace discrimination.” A former CEO of Xerox, Joseph Wilson, developed the idea after witnessing race riots in the surrounding community. This resulted in the formation of the National Black Employees Caucus.

Cultivating a safe environment for employees to launch ERGs can not only create a better work experience for them, but demonstrate the commitment of the organization to its employees, resulting in a workplace of openness and trust. In order to launch a successful ERG program, leaders must work across departments and clear communication of the process and support of the groups must take priority from the start.

Ingrid Hadley, who oversaw ERGs globally for NBCUniversal, now runs her own consulting firm, ILH Possibilities, which advises companies on all matters of diversity, equality and inclusion to include ERGs. She says, when done successfully, ERGs can help to “foster a sense of belonging and connection to their respective companies.”

“It's imperative to establish the groups based on affinity, to provide support for career development, and create a safe space where employees can be their authentic selves,” Hadley says.

Before a company gets into the details of launching an ERG program, it's important to set an intention and purpose, to avoid employees seeing the program as an empty gesture, says Wendy Roundtree, founder of Jarel Communications.

“ERGs should be an extension of your company culture and not an item you check off a list,” Roundtree says. “It’s vital that organizations start with why. It’s not enough to simply say 'we exist.' Share the purpose, goals, initiatives, and more importantly, how the group aligns with the values of the organization.”

Shutterstock, which currently supports four ERGs, supports employees in creating new ERGs and promotes the mindset that ERGs are created for employees, by employees. It has outlined four steps to get employees started with support from the human resources team throughout the process. Heidi Garfield, interim chief human resources officer at Shutterstock, shared these with PRNEWS. They include:

Garfield says Shutterstock’s ERGs focus on “fostering and promoting a culture of inclusion for LGBTQ+, Black, Latinx/Hispanic and female employees,” and contribute to a larger goal of representation within the organization.

“They’re committed to empowering employees in their educational and career development at Shutterstock and within the larger community,” Garfield notes.

All of the ERG experts we spoke to cited the importance of senior leaders communicating a strong message of support for a successful ERG launch.

“When senior leaders communicate their support and the importance of the ERGs to the company, it sends a strong message to employees and validates their efforts and presence,” Hadley says.

Garfield agreed that leadership should provide a visible buy-in, and also provide an  opportunity to utilize their communication channels to get the word out.

“It’s important that an ERG has an executive sponsor to advocate for them at the senior leadership level and to attract the attention the ERG deserves among employees throughout the organization,” Garfield says.

Hadley says the ERG structures that are most impactful embrace programming and events that cover four categories simultaneously: Career, Community, Culture, and Commerce.

“The ability to connect in safe spaces with those of like affinity is powerful,” Hadley says. “The conversations that bubble up when these groups connect and discuss common goals and challenges allows the company to glean key insights that promote progress and change.”

At Shutterstock, ERGs have contributed to recent changes within the organization in response to the Black Lives Matter movement. The ERGs work closely with HR to make D&I improvements throughout the company. This year they worked with the leadership team to establish Juneteenth as a companywide holiday this year.

Garfield says the groups also collaborated to create a resource hub for external-facing content collections to help support media, business and brands to accurately represent the Black community in campaigns and articles. It is also reviewing job postings for inclusive language, forming a DEI council and partnering with legal and HR to update company policies with more inclusive language.

If Hadley were working with Shutterstock, she’d probably agree they were moving in the right direction, as she noted that the purpose of most ERGs should be to contribute on a greater level.

“While these groups are a resource for diversity, equity and inclusion, they should not exist as the company's only viable effort,” she says. “They are companions to a much broader plan.”