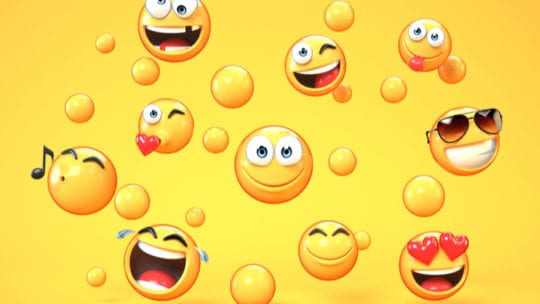 What’s the chief strategy for social marketers? Engagement, in the form of likes, shares, retweets and comments. Raising social media engagement was the top priority for 80 percent of respondents in a 2019 Sprout Social survey.

Why? Social impressions are a start, but connecting with customers creates stronger and more lasting connections for brands. It also helps reduce turnover. Below are tips to help augment engagement.

Obviously, one way to raise engagement is offering content that’s not only interesting but of high quality. What’s often overlooked, though, is an understanding of your target audience. Content that’s well-written and correctly targeted is likely to produce results. This is where asking for reader comments and analyzing them can prove valuable.

Just as headlines in a newspaper or teasers during a TV newscast can capture attention, employing captivating headlines with social posts grabs visitors. Eight of 10 consumers read only the headline, according to Sprout Social. Not a surprise: when the headline doesn’t enthrall readers, they won’t continue reading.

It's not a surprise that video is powerful and popular. So are emojis. Six billion are used daily, Digiday reports. Hubspot says emojis can generate up to 57 percent more likes on Facebook posts. Businesses need to understand that images, whether emojis, pictures or video, can bolster interest. E-commerce vendor BigCommerce found employing images in Facebook content results in an 85 percent interaction rate.

Social posts must put quality over quantity. Again, a key element is knowing and understanding the target audience. Increasing the number of daily posts won’t matter if the content fails to match consumer interests. In fact, badgering consumers likely can lead to them opting out if they’re not receiving what they expect.

Famed American author, civil rights activist and poet Maya Angelou said, “I don’t trust anyone who doesn’t laugh.” Brands that employ humor have discovered not only does it grab attention, but that it’s memorable. Applied wisely, humor can be very relevant.

For social media marketers, originality is great but not always possible.  “Imitation,”said playwright Oscar Wilde, “is the sincerest form of flattery.” Employing content curation at the appropriate time can produce results. Marketers who know their target audience and alternate original and curated content with attribution, and influencer marketing, will boost engagement.

Judicious Use of Hashtags

Hashtags are more important to brands than ever. After breaking records during the 2016 presidential election, Twitter has become a favorite among millions. Once used on Twitter only, hashtags can also be found on Facebook, Instagram and LinkedIn. Twitter reports that brands using hashtags had 50 percent more engagement than those not employing them.

Brands should employ hashtags only when they add value and can generate responses and/or action. In addition, brands need to remember that more isn’t necessarily better. For instance, Twitter reported 21 percent more engagement with tweets having one or two hashtags compared to those with three or more.

Keep the Social in Social Media

Though social media's potential is incredible, the tactic comes with an understanding that it's, uh, social.  Interaction, favorable and unfavorable, is important to build and grow engagement.

Ronn Torossian is CEO of 5WPR