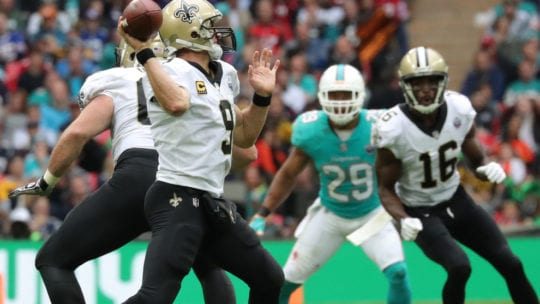 This week there’s been no shortage of opinions—positive and negative—shared on social media regarding support for the black community and the Black Lives Matter movement. Everyone from business owners to celebrities to athletes to employees crafted statements that reflect the values of their organizations as well as their individual beliefs.

Occasionally a public figure or employee will take a stance that drifts from that of their employer. That’s when the brand goes into overtime assuring consumers and followers that the opposing message does not represent the entire organization.

Brees Out of Touch

In an interview with Yahoo Finance, NFL quarterback Drew Brees expressed his feelings about players kneeling during the National Anthem.

When asked what the New Orleans Saints star thought about "players kneeling again when the NFL season starts." Brees answered, “I will never agree with anybody disrespecting the flag of the United States of America or our country.” Throughout the 2016 season, former NFL quarterback Colin Kaepernick famously kneeled during the National Anthem to protest white supremacy and police brutality, sparking a national debate on peaceful protest.

Highlight: @readdanwrite asks @drewbrees what the star NFL quarterback thinks about "players kneeling again when the NFL season starts."@drewbrees: “I will never agree with anybody disrespecting the flag of the United States of America or our country.”

This clashed with the recent statement put out by the NFL on May 30 (which resonated as hollow with many fans since Kaepernick has not been re-signed—but that’s a different story for another day), which shared condolences with the Floyd family, as well as encouraged continuing support for action and ongoing diversity efforts. NFL Commissioner Roger Goodell also posted a video on June 5 claiming the league was "wrong" for not listening to NFL players sooner.

Today Brees posted an apology statement, which unfortunately seemed too little too late, and fell on many deaf ears.

I would like to apologize to my friends, teammates, the City of New Orleans, the black community, NFL community and anyone I hurt with my comments yesterday. In speaking with some of you, it breaks my heart to know the pain I have caused. In an attempt to talk about respect, unity, and solidarity centered around the American flag and the national anthem, I made comments that were insensitive and completely missed the mark on the issues we are facing right now as a country. They lacked awareness and any type of compassion or empathy. Instead, those words have become divisive and hurtful and have misled people into believing that somehow I am an enemy. This could not be further from the truth, and is not an accurate reflection of my heart or my character. This is where I stand: I stand with the black community in the fight against systemic racial injustice and police brutality and support the creation of real policy change that will make a difference. I condemn the years of oppression that have taken place throughout our black communities and still exists today. I acknowledge that we as Americans, including myself, have not done enough to fight for that equality or to truly understand the struggles and plight of the black community. I recognize that I am part of the solution and can be a leader for the black community in this movement. I will never know what it’s like to be a black man or raise black children in America but I will work every day to put myself in those shoes and fight for what is right. I have ALWAYS been an ally, never an enemy. I am sick about the way my comments were perceived yesterday, but I take full responsibility and accountability. I recognize that I should do less talking and more listening...and when the black community is talking about their pain, we all need to listen. For that, I am very sorry and I ask your forgiveness.

Needless to say, all statements caused an uproar among fans and followers on social media.

So what’s a brand to do when a star player or employee goes rogue and confuses the overall message?

Prepare ahead of time. Read the room to find the main issues and concerns employees have. Communicating with staff on messaging, even multi-million dollar quarterbacks, can help understand their backgrounds and viewpoints. From there, messages can be crafted and distributed so everyone can understand the company line. And if someone disagrees, particularly a public figure, work with them and their team to create a level of understanding and guidelines for posting.

Background Check. When working with public figures, CEOs or celebrities, make sure the communications department is provided with an extensive look at their background. Whether it’s investments or political contributions, criminal records or even hobbies, make sure your public relations team knows everything about its client to prepare in case things go downhill fast.

Control Messaging From the Top. While Brees’ statement spun out of control on social media, it seemed as though he was left out to pasture by his employer. His fellow and former teammates, as well as other players, came out to denounce his statement in support of the protest movement. However, the NFL focused on its own messaging, encouraging and reposting team statements of support for the movement on social media, as well as interviews with coaches surrounding the topic. The league continues to broadcast its stance, regardless of Brees’ comments. Would the league have been correct to address their employee’s comments and explain his point of view? Perhaps. But it was much easier and less controversial to keep moving forward with its original message at hand.