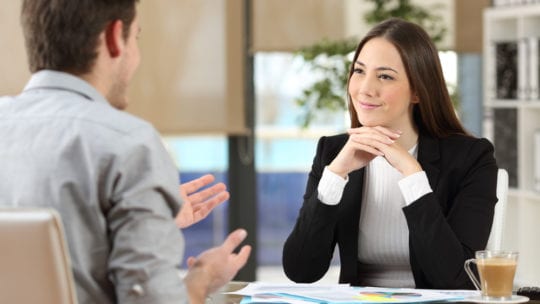 [Editor's Note: “Failure," it is said, "is the mother of success.” Thomas Edison tried thousands of ways to invent the light bulb before he

discovered his life-altering solution. Babe Ruth hit 714 home runs, but at retirement he also held the mark for most strikeouts. KFC's Colonel Harland Sanders was 65 when he began selling his fried chicken recipe. It was rejected more than 1,000 times. Howard Schultz approached 242 investors with the idea of franchising a coffee shop called Starbucks. Nearly 220 said no.

In this PRNEWS series in partnership with the Institute for Public Relations, industry leaders share lessons they learned from failure.]

I began my career on Capitol Hill after graduating from university. I worked for a congressman opening constituent mail, giving tours of the U.S. Capitol and answering phones.

After a year or so I flirted with the idea of working in the diplomatic corps.  Eventually I decided to take the Foreign Service exam.  It consisted of two parts: a written test, and an oral exam, which included an interactive session with current and former Foreign Service officers.  Passing this test meant you advanced to the next stage: an interview with a senior diplomat.

On the day of the exam I felt very confident about the written test, as the questions aligned with many of my interests.  A friend had taken the exam a year prior and suggested during the interactive session – where you sit with other students and act out a scenario in front of the judges – that I should be the “one who grabs the pencil,” taking charge of tasks and leading the discussion.

When the oral exam began I failed to grab the pencil; I was too slow, and another candidate had it. I felt I needed to compensate. As a result, I did much of the talking.  On and on I went, showing my expertise in the case study and exhibiting my fluency in how to help resolve this diplomatic crisis. I was doing my best to make an impression on the judges.

Unfortunately, it was the wrong impression. Since I ignored my fellow candidates I failed to build consensus en route to solving the problem.  Still, at the time my performance was good enough, I thought. Clearly, I had demonstrated my knowledge. I would move on to the next phase.

My low scores on the oral exam kept me from advancing to the next round.  Upon reflection and feedback, I realized I had not been myself. I had relinquished the skills I use most often to this day: active listening, building consensus, and driving toward a group decision. Instead, I tried to take control.

I decided not to take the exam again. Instead I worked to absorb those lessons into my Capitol Hill career.  I became one of the youngest chiefs of staff in the House of Representatives a few years later. I managed a team that was significantly older than me by regularly applying those skills I had so badly failed to demonstrate during the Foreign Service exam.

The lesson I learned was most dear: failure is a great teacher, and in this instance, a pathway to understanding that communicating your true and natural self can in itself be a core leadership skill.

Brian Lott is CCO of Mubadala Investment Company and is a member of IPR. Follow him: @Blotter