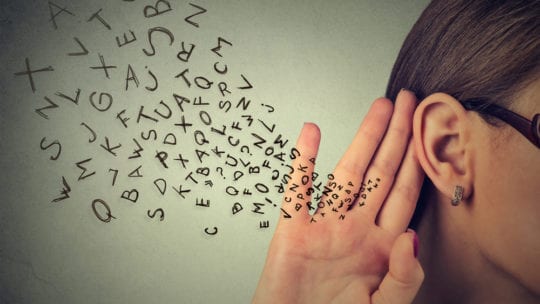 What looked like the first “Monday Night Football” game of the season (Sept. 9) was an exercise in social listening, prompt reaction and expert communication.

To freshen its graphics package for the 100th NFL season, ESPN inserted new down and distance elements. Response from the Twittersphere was quick and direct. The new graphics, featuring a yellow color palette, made it appear that there was a penalty flag on every play. Was it a PR crisis? Probably not, but it also wasn’t a high point for the all-sports network, celebrating its 40th anniversary. Moreover, Monday Night Football is considered a crown jewel of ESPN’s kingdom.

If we all tweet about the @espn #MondayNightFootball “down and distance” graphic looking like a Flag on *every play*... do u think they’ll change it?

Still, credit ESPN where credit is due: It was listening. Before the game was too far along, ESPN communicator Bill Hofheimer took to Twitter acknowledging the issue. He responded with language that made more than a few Twitterites laugh–"We have called an audible"—football terminology for a quick change of plan. He went on to note that the broadcast would return to its former graphics package ASAP.

ESPN did several things right from a PR viewpoint. It listened, owned its miscue and responded quickly, authentically and with a bit of humor. It also followed up: The original graphic was reinstated during the game's second half.

Our ESPN production team is aware of the feedback on the #MNF down and distance graphic. We have called an audible and adjusted for the 2nd half of #HOUvsNO and for the #DENvsOAK game to follow. New look pictured here. pic.twitter.com/SWLKKuW87w

The Importance of Listening

Not every example of listening goes as smoothly. Once ESPN changed its graphics in midstream, fans wondered aloud on Twitter whether the network might also scotch the new announcing team.

Disgruntled football fans aside, the importance of communicators listening on behalf of their brands seems heightened in the digital age. As Kim Manning, principal/CEO at Cronin, says, “To be successful today, brands have no choice but to listen to their audience and respond with communications that are relevant and authentic."

That goes for established properties such as ESPN as well as newcomers. Says Lauren Levinson, SVP, Brodeur Partners, "For organizations trying to break through, there is nothing more important than putting your ear to the ground and listening to the words, phrases and topics—the language—your target audiences are using." In-depth interviews and social listening can uncover what’s most relevant "and provide a crucial baseline for audience attitudes, interests and desires."

Audiences are not necessarily talking about or interacting with smaller or newer brands. In that case, adds Errol Jayawardene, head of digital, Red Lorry Yellow Lorry, "It’s also a good idea" to listen to market intelligence on the channels and topics surrounding your competitors.

On the other hand, he believes all brands need to listen and monitor beyond their own media coverage and social channels. "To get a fuller picture of what your audience is saying, you have to define exactly who your audience is," he says. In his view, brands should go "right down to specific job titles and sectors that will be important in a buying cycle."

Fortunately, social has made listening easier. As Levinson notes, "More and more people are saying things that we can readily observe via social media." She adds quickly that in an age of digital technology, it's important not to ignore "the old- fashioned way" of listening, which is to ask questions. Get people "in a safe space, ask the right questions and artfully follow up based on the information they share."

Unfortunately, what seems simple sometimes is not. There's listening and then there's critical listening.  "You can use social monitoring tools to cherrypick the information you want for your brand," says Hinda Mitchell, president, Inspire PR Group, or you can use the same tools to listen critically. "It’s a fine line," she admits, "but often we set up social evaluation to get what we think we want, which may not be what we need."

A Second Level of Listening

Jayawardene's colleague Meredith L. Eaton, director of N. America, Red Lorry Yellow Lorry, admits PR pros at brands and agencies "often perpetuate problems of selective listening." They measure and report "only on what they’re responsible for." That makes sense to a point: If your job is to target tier-one media, why listen to other tiers?

Yet, Eaton argues, critical listening "requires a more holistic view that goes beyond your program remit or KPIs." Listening to "the entirety of the online audience is the only way to gain the insights" to pivot, if necessary. Easier said than done, of course.

With all of the information you're hearing, how much should you retain? Mitchell of Inspire often advises clients to ignore rhetoric, "listen to the conversation behind it...in the haste to respond, we don’t always take the time to understand the issue behind what is being shared," she says.

Eaton's holistic view extends beyond a brand's target audience. Agency communicators interact regularly with clients, "so it’s easy to think you have an ear to the ground," she says. It's crucial to go deeper.

Make an effort to get feedback beyond your day-to-day contacts at client companies, Eaton says. Listen to marketing, the C-suite and board. Following influencers, decision makers and financial execs, "will help ensure you...understand their goals, expectations and perceptions."

Critical listening applies elsewhere too. Too many employers forget to listen to staff. Beyond regular conversations, use anonymous surveys or polls. (The Gallup employee engagement poll is a favorite.) And make it inclusive. "Agency leaders need to listen to everyone from intern to manager" to get a full picture, Eaton says. "If you ask the right questions, people will tell you what they want and need—leaders just have to be willing to listen."