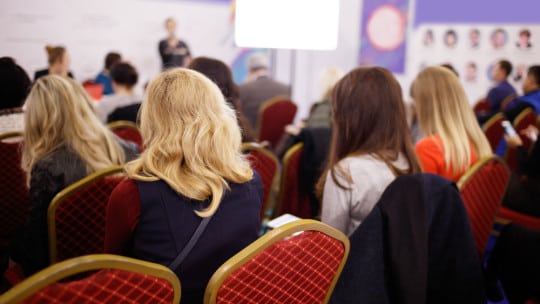 “Truth in Communications” is the theme for this year’s Communications Week, to be held Oct. 16-20 in New York City, and it couldn’t have come at a better time.

In an age referred to as the post-truth era—when media outlets are under attack and “fake news” is a trending hashtag—the topics of transparency, integrity and ethics in communications increasingly need an airing out. And at this annual event, a collection of PR, communications and media pros will come together to dissect everything from media brand reputation to PR’s role in a world of spin.

“There is a codependency between public relations and journalism, and we often focus on the tensions rather than the collaboration between the two professions,” says Sandra Fathi, president of New York-based agency Affect. “This is an opportunity to engage in valuable discourse about the future of PR and media.”

Communications Week kicks off with a webinar entitled “Authenticity and Transparency in Content Marketing,” to be followed on Tuesday by the full-day PRSA Tri-City Conference—themed “What Now? Maintaining Your PR Integrity in the Post-Truth Era”—at the NYU Kimmel Center for University Life. One of the day’s highlights promises to be “Alternative Facts: Seeking the Truth in a World of Spin,” a panel discussion featuring Newsweek reporter Chris Riotta; Ken Kerrigan of Weber Shandwick; Marc Liepis, vice president of communications for TV channel Viceland; and Lindsay Kaplan, vice president of communications with mattress brand Casper.

On Thursday, New York Women in Communications will host “The Clicks Are In: How Major Media Brands Maintain Trust," a two-hour event featuring media heavyweights such as Joanne Lipman, editor-in-chief of USA Today, Edward Felsenthal, editor-in-chief of Time magazine and Shareen Pathak, co-executive editor with Digiday.

Communications Week wraps up on Friday with a three-hour morning session that starts with “Why Truth Matters in the Days of Fake News,” a chat with Ethan McCarty, global head of employee communications at Bloomberg. The day, and week, ends with “PR State of the Union: Fake News, Emerging Tech and Reputation as Currency," a panel session with Affect’s Katie Creaser and Duy Linh Tu, a professor of professional practice and the director of the digital media program at Columbia School of Journalism.