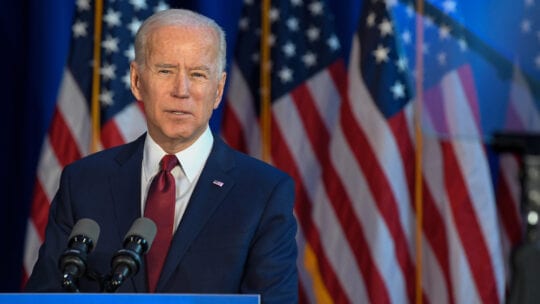 It’s Monday and the press world, not to mention the American public, waits for one of the most anticipated VP choices in modern history. The camp for presidential candidate Joe Biden flirted with the media that the former United States VP will announce his decision this week.

We look at key elements the masters of suspense used that you can employ in your next PR campaign.

Critical Stakes for Main Characters: One of the best ways to create suspense is to “put characters that readers care about in jeopardy,” according to Writer’s Digest. The press has revealed a list, most-likely leaked, of Biden’s top candidates, some of whom already built followings while they campaigned in the presidential primary. Because these stakeholders have fans, many people are paying attention to learn the outcome.

Introduce Dilemmas: While no PR pro wants to navigate an additional dilemma to a potential announcement, when looking at the VP race, it’s important to note the differences in candidates, and what each one could mean to the election. The variety of not only potential triumphs, but drawbacks allows for a greater conversation amongst not only the press, but the public. Whether it’s a candidate's stance on universal health care or law enforcement restructuring, the diversity of issues encourages something to talk about.

Keep the Stakes High: Building a good story of suspense, according to best-selling author Simon Wood, must include “a crisis that’s devastating to the protagonist’s world, and the hero must be willing to do anything to prevent it from occurring.” For many Americans, the outcome of this election means everything for the country's future. The Biden camp continues to hammer that home, which includes the impact of his VP pick.

Timing: How long you incur your audience to wait for an answer can almost be like following the stock market. You watch the red line climb and climb, but eventually, it can hit a cliff and take a huge dive. There’s a delicate balance between how long an audience will wait in suspense, and when it will get tired of waiting.

Lee Child, author of the Jack Reacher series, penned a piece for the New York Times in 2012, “A Simple Way to Create Suspense.” Child compares building suspense to the question of, “How do you make your family hungry?” His answer? “You make them wait four hours for dinner.” But if you make them wait too long, they may just skip dinner and go right to sleep. We’ll see if the Biden campaign can strike the right balance with the media and voters.