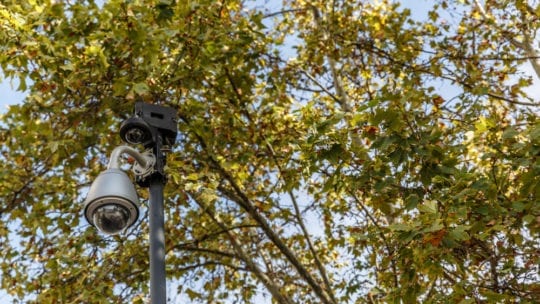 This week, Google's controversial plan to create a censored search engine in China enabling state surveillance returned to the news in what has become a tale of two memos.

The in-development search engine, codenamed Project Dragonfly, became big news again when Google employees published a public memo on Medium this past Tuesday. The post links to prior reporting about the search engine that reveals its plans to "blacklist sensitive queries" and link user searches to their phone numbers. The memo also emphasizes China's use of the internet as a tool for population control.

"Our opposition to Dragonfly is not about China: we object to technologies that aid the powerful in oppressing the vulnerable, wherever they may be," it reads. "The Chinese government certainly isn’t alone in its readiness to stifle freedom of expression, and to use surveillance to repress dissent. Dragonfly in China would establish a dangerous precedent at a volatile political moment, one that would make it harder for Google to deny other countries similar concessions."

But before analyzing the optics of the precedent Project Dragonfly would set, there's a second memo worth mentioning.

This second memo, shared internally at Google before Tech Crunch published it in full Wednesday morning, takes a decidedly less concerned tone. Though it acknowledges Dragonfly is a "challenging product" that "can end up doing more harm than good," most of the letter supports the proposed search engine, justifying it in the larger scope of Google's organizational goals.

"Dragonfly is well aligned with Google’s mission. China has the largest number of Internet users of all countries in the world, and yet, most of Google’s services are unavailable in China," the internal memo reads. "This situation heavily contradicts our mission, 'to organize the world’s information and make it universally accessible and useful.' While there are some prior success, Google should keep the effort in finding out how to bring more of our products and services, including Search, to the Chinese users."

This internal memo does not refute Project Dragonfly's focus on surveillance, and states that it aligns with Google's goals and values. The optics of Google's willingness to work on a "pro-surveillance" product is particularly untimely as talk of user privacy issues and data regulation continues to dominate the news. Moreover, Google CEO Sundar Pichai is set to appear before Congress next week, when he will meet with the House Judiciary Committee to discuss algorithmic political bias, among other things. Whether Project Dragonfly is on the table or not remains unclear, but Alphabet Inc. would do wise to comment publicly on Dragonfly before then. In light of this reignited Dragonfly controversy, Pichai's recent interview with the New York Times seems particularly flip and dismissive.

Though this is an inopportune time to be branded a "pro-surveillance" tech company, a brief history of the Internet's early days as ARPANET suggests that surveillance has been part of the internet's DNA from its inception. One fantastic resource on this is journalist Yasha Levine's "Surveillance Valley: The Secret Military History of the Internet," which was released earlier this year and will provide enough reason to unplug your Google Home device.

All of which is to say, Google has had a focus on surveillance for years, which is only coming to light now. The question becomes whether the company cares to acknowledge the untimely nature of these revelations reaching general interest readers, and whether or not the story will hurt its bottom line. For a company that holds such a powerful sway over what content people read and when they read it, Google remains slow to change its behavior in reaction to public sentiment. From failing to show up for its hearing on data regulation to walkouts around workplace discrimination, the company has had quite a year. Whether Pichai seizes next week's appearance before Congress as an opportunity for course correction remains to be seen.