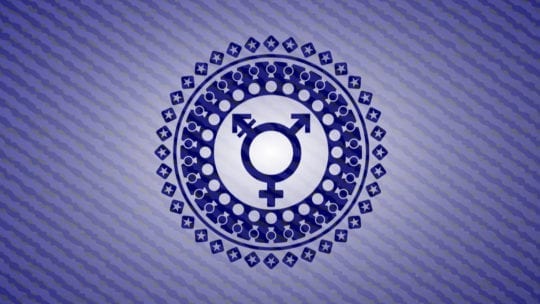 It’s obvious times have changed, at least for some brands. Not long ago the conventional wisdom for brands was some version of “Stay in Your Lane,” in other words: keep your head down, mind the business you're assigned to and avoid controversial issues; leave politics to the politicians and social issues to activists.

A couple of years ago, brands were more than a bit cautious when wading into social and political issues. Things are different now. Consider that the year began with BlackRock chairman/CEO Larry Fink’s letter to CEOs, urging them to ensure their companies support society.

Consider also the size and scope of the 56 companies that signed a letter yesterday, which protested reports that the administration intends to redefine gender laws and leave transgender people out in the cold. The companies included trendier brands such as Apple, Amazon and Google co-signing alongside legacy brands such as Dow Chemical, IBM, JPMorgan Chase and Coca-Cola.

Brands do not enter into the political arena with abandon. One of the most widely discussed social forays recently is Nike’s backing of former football star Colin Kaepernick, whose kneeling prior to the national anthem very well may be the reason he no longer has a job in the NFL. While Nike outwardly isignals its support of Kaepernick’s cause alongside the importance of doing good, it seems clear that behind the scenes the brand took several things into account before moving forward.

It understood that racial intolerance, which is at the heart of Kaepernick’s effort, remains a popular issue with consumers who want CEOs to take stands, according to an APCO Worldwide study of 1,000 hyper-aware and influential consumers. While Nike assumed it would lose a certain amount of business, it also calculated the bulk of its audience is 35 and younger, a group likely to embrace the campaign. The calculated risk has so far been correct.

Consumers Expect Brands to Stand for Something

In a time when citizens increasingly are losing trust in governments, 95 percent of those polled in the aforementioned APCO study say that brands have the ability to create a better society. The survey also reports that 90 percent of those polled expect companies to be involved in taking on society’s most pressing issues. 71 percent, meanwhile, say it is acceptable for companies to take a stand on a political or social issue, even if it is controversial.

A SproutSocial survey from February finds 66% of consumers saying it’s important for brands to take stands on social and political issues.

If You Have a Position, Communicate It

While brands should believe in the positions they take, it’s rarely only about doing good. “Breaking through the clutter requires brands to be a little more forthright in their positioning,” says Hinda Mitchell, president of the Inspire PR Group.

Stay In Your Lane Still Applies

Staking out a political or social position “absolutely has to be consistent with a brand’s values,” Mitchell says. Ideally, she adds, the position “should not be something new to the brand; it should be aligned with the company’s previous stance on these types of issues.” In addition, "It should also be consistent with the values of your employee base, as well as the general attitudes of your customers and stakeholders."

Staking out positions is not a "set it forget it" type of strategy, especially when transparency isn’t your strong suit. If you’re going to be socially conscious, you should be responsible and transparent throughout your operations.

Microsoft, one of the trendy companies noted above, learned this lesson the hard way earlier in the summer. Employees protested when news reports said the company had a contract with ICE valued at more than $19 million.

A more recent example was on display during yesterday’s global walkout at Google. In this case, employees protested a lack of transparency over sexual harassment policies, particularly a $90 million settlement from 2014 with Android honcho Andy Rubin.

In Google's situation, CEO Sundar Pichai has handled the situation well, telling employees they would get "all the support" they needed during the walkout. A CEO seemingly supporting a walkout? Yes, times have changed indeed.