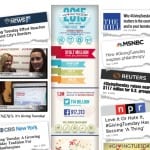 Havas PR - #GivingTuesday: The Day the World Gave Back

On Thanksgiving we give thanks. On Black Friday we get deals. On Cyber Monday we shop online. And on #GivingTuesday we give back. In response to the consumer-centric holiday shopping season, the 92nd Street Y (92Y), a nonprofit cultural and community center located in New York City, launched #GivingTuesday in 2012 as a one-day event to kick off the holiday giving season on the Tuesday after Thanksgiving.

In 2015, that day was December 1. Its purpose, then and now: to build on the collective power of a unique blend of partners—charities, families, businesses, individuals—to transform how people give. Since its beginning, #GivingTuesday and its unique communications corps of top PR agencies (including Havas PR) have spread the word, increased the power of philanthropy and inserted giving into the yearly calendar.

In 2015, 92Y hired Havas PR to act, for the first time, as the lead agency for #GivingTuesday. Havas’ approach to U.S. media relations stretched over three phases—from June to August, September to November and November to December. In phase one, Havas conducted long-lead outreach that was rich with philanthropic storytelling, connected with every major broadcast affiliate and numerous contacts to uncover a media partnership and created or contributed to the creation of many of the materials (fact sheet, logos, partner toolkit, etc.) and messaging that would be critical in the months to come. In phase two—one month out—media contacts they’d been in conversation with for months began to formulate their stories, and Havas packaged interesting angles around retail and tech campaigns taking place nationally and notable civic work planned on the local level.

On #GivingTuesday itself, the Havas PR team was all hands on deck, fielding media requests from command central at 92Y and the Havas PR offices, and securing interviews with key media. #GivingTuesday generated more than 6.3 billion impressions in the U.S. in the first week of December alone. Of these media impressions, Havas PR secured nearly 432 placements (versus 122 placements generated in 2014). Including all print, online and broadcast mentions, Havas was responsible for earning more than 1.5 billion impressions. Most importantly, on #GivingTuesday charitable giving was up from $45.68 million in 2014 to $116.7 million in 2015, the result of contributions from 698,961 total donors.