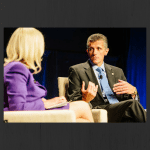 Drug overdoses are the leading cause of accidental death in the U.S., with 28,000 Americans dying every year from opioid overdoses alone. Use of narcotic painkillers has quadrupled in the past 10 years, and an approximately 2.1 million Americans live with opioid addiction.

Edelman and Cigna launched the “Away From Blame” campaign in May 2016, and in doing so, Cigna became the first insurance company to take a meaningful stance to fight the opioid epidemic in the U.S.

To execute the campaign, a multi-channel approach was activated with the goal of reaching health influencers, policymakers and consumers using owned, earned and paid support.

On May 4, the team sponsored a high-profile integration event with the Washington Post on the topic of substance use in Washington, D.C., which served as the launch of the Cigna campaign. Cigna president and CEO David Cordani publicly announced Cigna’s commitment to reducing customers’ opioid use by 25%. Cordani spoke alongside prominent health experts like Dr. Vivek Murthy, U.S. Surgeon General, and Michael Botticelli, Director of the White House Office of National Drug Control Policy. The campaign team also negotiated and leveraged a sponsored content opportunity with the Washington Post to publish an op-ed in print and online on the topic by Cordani—a first-ever published Washington Post op-ed for Cigna.

Following the launch, the announcement was pitched aggressively, resulting in positive earned media coverage in Reuters, Fortune, CNN.com, USA Today, Forbes, Business Insider and key health care and trade media. The campaign team also brokered an integration with the NPR Generation Listen team to sponsor a two-city event series and paid media buy in September, further positioning Cigna and Cordani as thought leaders in the substance use treatment space, among a millennial-focused audience in particular.

This campaign has been positively covered by national top-tier and trade news outlets, including CNN.com, Reuters, USA Today and Forbes. As of early July 2016, total coverage has generated approximately 613 million impressions with almost 13,000 social shares. The resulting ad value equivalency (AVE) for all efforts is approximately $7.7 million USD.