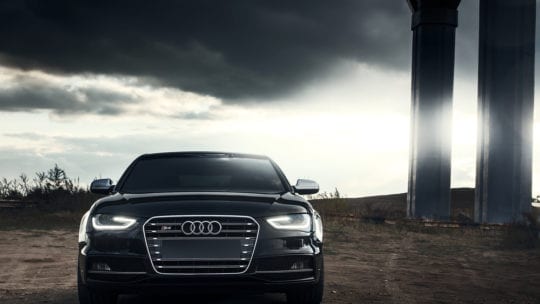 Four years ago, Volkswagen received extensive punishment for lying about noxious levels of emmisions from their diesel vehicles. Now, the company is back in the news as German prosecutors charged Rupert Stadler, former chief executive of VW's luxury arm, Audi, with fraud for his role in another emissions cheating scandal.

When companies take the first hit, they usually work to restructure policies that right any future possibilities of wrongdoing. Four years later, VW and Audi still found themselves above the law, trying to craft a narrative that the environment could benefit from more diesel vehicles. The company continues to withhold information in the cases against it, further creating a sense of distrust surrounding the brand.

An erupting crisis often showcases an immediate need for change, which can ultimately make a brand even better in the long run. VW received the chance to make a big difference years ago with the first offense. Fines were paid, jobs were lost. Unfortunately, the changes weren’t great enough, and the company settled into complacency with its customer loyalty. Though customers often drop off after such a crisis, Audi made no effort to course correct.

Crisis expert Katie Paine, dissected VW’s original response for PRNEWS in October 2018 and gave the company an overall grade of C-. Paine advised that, after many years of mismanagement, a cultural change may be needed.

“Take advantage of any crisis to closely examine your organization’s culture, ethics and policies to ensure that similar mistakes don’t reoccur,” she said.

Unfortunately VW did not adhere to this advice, and the opportunities vanished.

Many companies launch corporate social responsibility (CSR) programs to repair their reputations. VW did not directly take advantage of this opportunity. The VW agreement required the company to fund a settlement for a $2.7 billion mitigation trust fund. The fund would pay for municipalities to fund “defined eligible projects that reduce NOx (atmospheric pollutants),” according to a statement released by the Environmental Protection Agency.

Note that VW did not create this program. It was instructed, by the United States, for VW to hand over a big check. Money is nice, but it doesn’t repair reputations.

However, in a nod to changing culture, the state of South Carolina is using its share to spend a third of their $34 million share on new, clean-running busses. VW could stand to learn a thing or two from its beneficiaries.

Fortunately, many brands do take proactive measures to show they are doing better and changing the culture. In 2018, Starbucks closed stores nationwide to host trainings for its 175,000 employees on anti bias and racial sensitivity. The trainings came on the heels of an incident where a Starbucks manager called the police to report two black men sitting in the shop, who were just waiting for a friend.

Starbucks utilized the crisis to create a culture of understanding among its employees as well broadcast trust, portraying the shops as newly safe spaces for all customers.

Capital One also took advantage of a scary situation this week when the private records of 106 million customers were exposed in a data security breach. The company moved very quickly to acknowledge the crisis and notified customers through various channels.

The most blatant response included a link pasted at the top of its website, for anyone logging in to access the latest news and information surrounding the breach. During a crisis, consumers want all of the information they can possibly get their hands on, in easy-to-find locations.

It may take years for VW/Audi to recover not only financially, but reputationally, with consumers. One breach of trust can be forgiven with the proper response. But two? Hopefully they learn from their crisis mistakes made four years ago, and quickly.