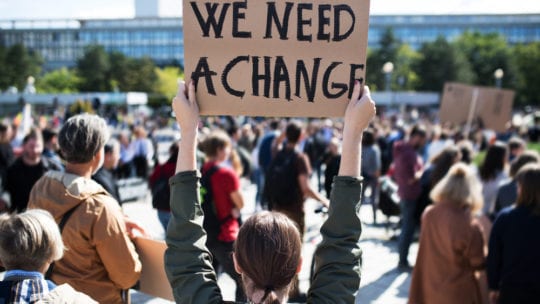 Aside from PR crises, conflict resolution is outside the purview of communicators. ‘Conflict resolution? That’s an HR issue,’ is the normal refrain. Things are changing. Fast. Since communicators are responsible for protecting the brand externally and handling internal communication, employee morale be important.

A dominant theme in crisis PR recently is toxic workplaces. Examples include “The Ellen Show,” the Washington Football Team (no, not the conflict over its former derogatory name, that's old news), Pinterest, Hearst and McDonald’s, to mention a few. PR students contemplating term papers have their pick.

Besides alleged toxicity, one tie that binds many of these crises is that employees ventured outside corporate channels for solace. Conflict resolution within the corporate culture failed to seem an attractive route. Some employees went to traditional or social media, others sought lawyers. The last place communicators want a company's problems resolved is in the public square. Veteran communicator Gary Grates, CCO at W2O Group, says that "building a culture of mutual respect is critical to mitigating issues before they spiral." A clear, clean set of corporate relationships between staff and senior leaders can help "avoid negative feelings that often get spilled out externally," he adds.

Regardless, corporate reputation and morale, sometimes both, absorbed hits. Since communicators are tasked with cleaning up the damage to trust and reputation, it's in their interest, along with HR, to make certain corporate culture and conflict resolution are healthy.

A corporate communicator at MTV and Nickelodeon for 20 years before switching gears, Musselman now is a psychotherapist who advises on corporate culture. While toxic cultures have existed for years, two new items are in play today, she says. One is the pandemic, which raises employee anxiety. Second, thanks in part to #MeToo, there are more than a few examples of companies and executives being held accountable for toxic behavior.  Together these two factors have prompted more employees to speak out, she says. Hence, the litany of examples mentioned above.

Too Much Power, No Supervision

Media reports have Ellen DeGeneres all but admitting she delegated cultural authority to a trio of executive producers, Musselman says. Ellen, and her studio Warner Bros., also admit they failed to oversee the producers’ behavior and their creation of a toxic corporate culture.

Without her knowledge, the three producers ran roughshod over Ellen’s “Be Kind” world view, DeGeneres claims. Sexual harassment and bullying were rampant. Employees allegedly were fearful of taking days off and medical coverage was spotty. Importantly, staff felt they lacked an internal outlet to complain. Ellen, several of them allege, was unapproachable. In fact, they allege the three producers ordered staff not to approach Ellen at the office.

Was this Ellen’s directive or a convenient way for the producer trio to guarantee their domination? Time will tell.

Conflict resolution and the outlet of HR also are part of the McDonald's crisis. Ousted CEO Steve Easterbrook allegedly downsized HR, insuring, in part, that his behavior avoided the official radar. Late-night fraternizing and amorous liaisons with employees, complete with videos and email, allegedly were regular activities of the former CEO. In addition, employees allege that HR downplayed their disputes related to said behavior. They allege the now ousted HR chief was one of the offenders.

Entangled in a messy legal case with McDonald’s, Easterbrook now denies the claims about HR. McDonald's does too (it's one of the few areas on which the brand and Easterbrook agree). Interestingly, the burger chain recently dismissed a senior HR executive, though it denies that ouster was related to the Easterbrook brouhaha.

Incidentally, just today McDonald's became involved in another possibly ugly corporate battle. Unlike the Easterbrook tangle, this latest legal fight, which alleges racial discrimination, could have heavy implications for the brand as well as financial ramifications.

This leads to another story that occurred today. Daniel Thompson's case is intriguing. More likely will emerge soon. Reportedly the sole full-time Black staff member at “The Kenosha News,” Thompson quit Saturday night in protest over what he says was an inaccurate headline. The NY Times reports the headline ran above a story describing an Aug. 29 rally in Kenosha supporting Jacob Blake. Days earlier, a white Kenosha police officer shot Blake, who is Black, seven times in the back.

The headline in question read: 'Kenosha Speaker: If you kill one of us, it’s time for us to kill one of yours.’ In addition, an online version of the article at the paper's site featured a 59-second video of an unidentified Black man uttering those words, the Times says.

Thompson attended the rally, but did not cover it for the paper. He contends the quote was "one outlier falling within a flood of positives.” For example, Blake’s father, Thompson said, gave a speech at the rally urging a “night of peace, of no destruction, no riots.”

A digital editor, Thompson, 30, claims he texted Bob Heisse, the paper’s executive editor, Saturday evening when he saw the headline. When, according to Thompson, Heisse, via text, defended the headline, Thompson eventually texted back: “Then I quit.”

The paper changed the headline on its site Sunday. “Kenosha speaker strays from message at rally,” it read.

“Wow. Only took me quitting” to get the header changed, the Times quoted Thompson as saying.

Of course, there is much more to know about the facts surrounding Thompson's story. Is there a regime for editorial conflict at the Kenosha News? What is the work environment like? Did Thompson have other issues with Heisse that went unresolved?

If Thompson is the sole Black editorial employee at the paper that is an issue in obvious need of attention.

[Update, Friday, Sept. 4, 10am ET: Since this post went live, PRNEWS has learned more about the Kenosha newspaper, or at least its size. It's a small, but scrappy paper. Thompson was one of 3 editors. Its editorial staff, we've learned, includes four full-time and two part-time reporters. That group includes one Hispanic and one Black reporter. Four are women. Its copy editing staff of six employees was diverse; all were laid off in 2019.]

With communicators responsible for reputation maintenance, it behooves them to work with HR and leadership to ensure there are sound conflict-resolution regimes in place.

We're not naive. The country is divided. In more peaceful times there’s no guarantee Thompson and Heisse would have resolved things in an amenable way. Still, ensuring HR, communicators and the C-suite are serious about conflict resolution and corporate culture is a start.

Seth Arenstein is editor of PRNEWS and Crisis Insider   Follow him: @skarenstein