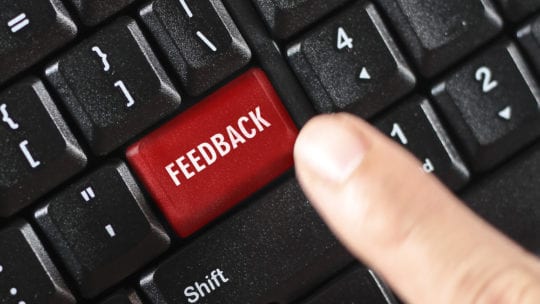 There’s no such thing as truly internal communications. As ESPN SVP of corporate communications Chris LaPlaca said four years ago, “You have to expect that what you communicate internally will be in the newspapers tomorrow.”

There’s now a variation on LaPlaca’s adage. In the digital age, all sorts of communication can land in the media, including employee messaging. An example of this scenario played out at Google earlier this week.

One of the outcomes of such dissent, of course, is that media reports about it circulate to millions. These stories about allegedly dissatisfied employees are tantamount to a digital version of airing a company’s dirty laundry.

Other high-tech firms like Facebook and Amazon have taken reputation hits when employee dissent spilled into public view. Similarly, Wayfair, Buzzfeed and others have had employee discontent make headlines.

Often communicators attend to such situations. Ironically, PR recently has been at the center of similar incidents. Edelman staff members protested when they learned, allegedly from the media, that the agency was working for a controversial client. After several media stories emerged, Edelman dropped the account. Similarly, work for a politically controversial client continues to have Ogilvy in its claws. It's been messy.

The situations with Ogilvy and Edelman raise myriad ethical questions for PR, of course. In this essay we will address the narrower issue of how to handle internal issues before they become media stories. In short, PR pros we queried advocated strong internal communications efforts.

Work Now Before It Becomes an Incident

"Companies can often avoid tricky situations with good internal communication and employee engagement that happens before staff find out about a sensitive situation from the media," says Meredith L. Eaton, director of North America for Red Lorry Yellow Lorry.

Veteran communicator Gary Grates, CCO at W2O Group, says that "building a culture of mutual respect is critical to mitigating issues before they spiral." A clear, clean set of corporate relationships between staff and senior leaders can help "avoid negative feelings that often get spilled out externally," he adds.

When staff learn about a controversial situation from an external source, it makes management appear as if it has little regard for how employees perceive the brand. "Many companies place a priority on how customers see their brands," but how employees view your brand is just as important, says Laura Emanuel, VP, director of PR at the Brownstein Group.

Good companies consistently monitor the attitudes and preferences of their target audiences. They should do the same with employees. "Not sure if employees will take well to a business decision? Ask them how they feel before you make it," Eaton says. Town halls, surveys and employee focus groups are useful tactics to gauge attitudes.

"Despite the cohesiveness of your brand values and the strength of your team, recognize that factors can change along the way," necessitating the need for regular check-ins, Emanuel says.

It's important for companies to build trust "based on connectivity between leadership and the workforce," says Grates. This is done through "listening, understanding, and sharing information, opinions and perspectives." Such activities help "clarify the organization’s position and decision-making model," he adds. "Workforce knowledge and confidence" will increase too.

Eaton recalls how one of her early employers surveyed the company before engaging with a controversial brand. Employees were heard early and the PR firm was made aware of employee sentiment. Ultimately, "the decision was made on mutual trust and respect." Some firms, she notes, allow employees to opt out of working on accounts with controversial clients.

Holding open discussions in PR firms about taking on a controversial client is unlikely to be an easy proposition, however. Still, "Secrecy inevitably will fail," says Rum Ekhtiar, founder and partner of Rum & Co. Instead, PR leaders should be as authentic and transparent as possible in these cases. "Deliver the information thoughtfully and be ready for tough conversations,"Ekhtiar adds.

Just as employee attitudes changes, company values can morph too. Accordingly, a regular and thorough inventory of company culture and values is important. For Grates, "Revisiting organizational policies and decisions often...is a byproduct" of a strong internal communications regime.

Some of the situations mentioned above "are a great reminder that companies have to 'walk the talk' and align their values and actions," says Hinda Mitchell, president, Inspire PR Group.  "A strong mission statement for employees to coalesce around only works if the company itself lives them each day," she adds. "Misalignment between actions and values can wreak havoc on a company’s culture."

"Ultimately," Ekhtiar says, "if a company chooses to work with a client that may cause friction, it's important to listen to employee feedback and help employees understand your decision."

Listening also is key should a situation spiral out of control. "The number-one thing a company must do...is listen. And then find ways to support employees or take further action around their concerns," Mitchell says. She believes most employee protests are not shots at the company. Instead, she says, they're employees urging companies to align their actions with values.