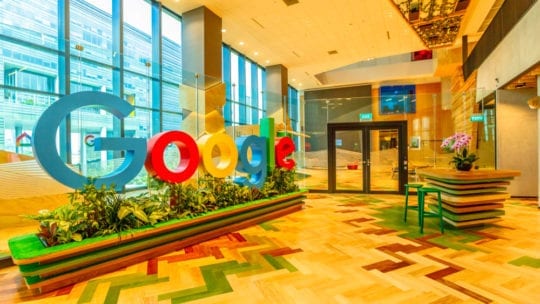 It would be easy to say that a time of reckoning for big tech brands is here, or at least is approaching. But is it?

Several of these brands spent much of 2018 playing defense. A summary of Facebook's year is the NY Times' 5,600-word exposé detailing alleged nefarious lobbying and PR activities. Those charges were bad enough. What made the Times' article more damning is the alleged activities contradict the company's image as a force for social good.

Amazon took hits, too. Reports of inhuman working conditions surfaced, as did stories about strikes and slow-downs at European outlets. Employee resistance arose when it was learned a facial recognition device Amazon developed was marketed to police departments. The company's ties to ICE also provoked employee unrest.

Google claims to have an open culture. Like Facebook, it prides itself as a force for social justice. Its 2018 was only a bit less defensive than Facebook's. The year included paying fines for misusing data and absorbing complaints from employees. Those complaints related to work the company was doing that benefitted the Chinese government and the Pentagon.

There were also court cases alleging 'bro culture' and unequal pay. In a related situation, employees en masse protested Google's handling (or mishandling) of sexual harassment cases when word leaked that a former executive took home $90 million in a hushed agreement.  That story, and other issues, culminated in a global walkout of 20,000 employees in November.

At the time of the walkout, the attitude of the company's CEO, Sundar Pichai, was noteworthy. In a memo to employees, Pichar promised they'd have the support of his office. The message seemed clear: here was the definition of a modern, progressive CEO attempting to run his company according to buzzy values of the day, including authenticity and transparency. While he preferred the employees work instead of walk out, he defended their right to protest. The company's operations chief, he wrote, would provide anything the employees needed for the walkout.

After the walkout, Google was good to its word.  Both it and Facebook said they would halt forced arbitration for individual cases of sexual harassment for full-time employees. Google also promised to make other changes.

This week, though, Google might have taken a few steps backward. A Bloomberg report yesterday seems to chip away at Pichai's message. The story recalls a time during the Obama administration when the National Labor Relations Board (NLRB) enlarged workers' ability to organize around issues, permitting workers to use their employer's email system to organize. It's known that email was critical to organizing the Google walkout. Bloomberg reports that Google quietly urged Washington to halt the practice.

Bloomberg's reporting is based on documents it obtained through a Freedom of Information Act (FOIA) request. The documents show Google lawyers in 2017 and 2018 urging NLRB to overturn the protection for workers using their employer's email to organize.

In response to Bloomberg's report, Google said in an email, "We're not lobbying for changes to any rules." Instead, Google said its actions constitute "a legal defense that we included as one of many possible defenses" against meritless claims at the NLRB. It seems clear that this was a statement only a lawyer could love.

This opaque message didn't sit well with employees who organized the November walkout. “In an email to all of Google, Sundar [Pichai] assured us that he and Google's leadership supported the walkout," reads the Bloomberg story. "But the company's requests to the National Labor Relations Board tell a different story...if these protections are rolled back, Google will be complicit in limiting the rights of working people across the United States, not just us.”

The PR takeaways seem clear. The truth will out. In crisis management it's a bad strategy for a brand to try to cover up mistakes and hope nobody notices. Should the NY Times' article be believed, Facebook is a great example of that.

Similarly, if a brand claims that its culture encourages employee feedback, it's unwise for that company to stifle staff activity in any way. Even doing so quietly, as Google is, allegedly, makes it worse. Denying it with legalese, as Google seems to be trying to do, is another mistake.

Should Google change its culture? A better option might be spinning off a business and stating that it will handle government contracting. That would be transparent and authentic. Such a business unit will require a culture different from Google's.

So, back to the opening statement—will this be a moment of reckoning for big tech? Only time will tell.