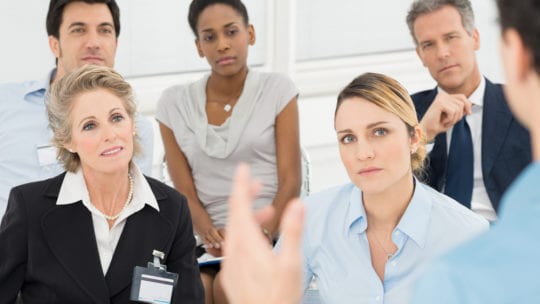 [Editor's Note: The Platinum PR Awards, PRNEWS' most prestigious honors, has produced many great moments. Few were more memorable than the induction of Let's Win! Pancreatic Cancer into the Platinum Hall of Fame, in 2017. With the 2019 Platinum gala this evening (Sept. 17, 2019) in NY, we revisit Let's Win! and its founder, the late Anne Glauber, a communicator who spent her final time on Earth using PR tactics to build a coalition that extends the lives of pancreatic cancer patients.]

Fewer than five years ago, pancreatic cancer was the fourth-leading cause of U.S. cancer deaths. In the next year or two, it will become the second-deadliest, right behind lung cancer. Notables who have been diagnosed, including Justice Ruth Bader Ginsburg and Jeopardy! host Alex Trebek, catch our attention, inspiring hope that they can beat the survival odds.

Can this growing visibility translate into broader public awareness needed to shift the curve on pancreatic cancer survival statistics? So far, it has not.

When people find out that they or a loved one has pancreatic cancer, they are often shocked to find there’s no preventive diagnostic test. In addition, there's no certain treatment or cure.

Advocacy Can Make a Difference

Few are aware that, because symptoms typically do not present until the cancer already is advanced, most patients don’t live more than a year after diagnosis. It is in the face of these dire odds that advocacy can make a difference – channeling the audacity and power of patient voices who challenge the foregone conclusion that pancreatic cancer almost always leads to death.

Nearly three years ago, our colleague and friend Anne Glauber died of pancreatic cancer, aged 63. The New York Times wrote that Anne “amplified her voice as a public relations executive to help prevent domestic violence, empower women in war-torn countries and support fellow patients of pancreatic cancer.” That’s only a glimpse into what she accomplished.

Anne believed resolutely that this fast-paced cancer needed an advocacy movement that moved even faster. After her diagnosis, she founded Let’s Win! Pancreatic Cancer. This crowd-sharing platform enables patients, physicians, researchers and policymakers to collaborate and extend survival. The goals of the platform are to connect patients to peers and match them to innovative drug trials.

As a communications and social cause pioneer, Anne understood that advocacy communities make things happen quickly. She teamed with bold oncologists, such as Allyson Ocean, M.D., associate professor of Clinical Medicine at Weill Cornell Medical College, to ensure patients had a voice.

Anne’s approach – to gather resources and draw people together to raise their voices – has mobilized a community with purpose. To be sure, we are making progress against the disease, but there are stumbling blocks. Funding for clinical trials is in short supply. Government funds and support from the pharmaceutical industry are scattershot. Sources of private research funding, like the Lustgarten Foundation, provide hope.

While the approach is right, we need the resources and coordination that a massive effort can provide. Just as the larger cancer community has its Moonshot, pancreatic cancer needs a dedicated effort. If we used a moonshot, we could take pancreatic cancer from a deadly to a curable disease, and then to a preventable one. This could be done in perhaps as few as 10 years, as was the case with HIV/AIDS. And though the National Cancer Moonshot prioritizes cancers such as pancreatic, the funding isn’t enough.

There is power in numbers and coordination. There is power in marshaling efforts to meet the pressing need of people with pancreatic cancer. Similar to what we have learned in the crowd-sourcing model of Let’s Win! Pancreatic Cancer and the research focus of The Lustgarten Foundation, the scale and speed of a moonshot translate into a more favorable environment for industry. Right now, there are more than 600,000 patients worldwide who could be treated. The incidence of this disease is rising, so the patient population warrants industry interest.

We are racing against this disease, and the benefits of a moonshot are scale and speed. We need those benefits now. Pancreatic cancer moves fast and spreads quickly. We must move faster; we are not able to yet, but we could soon.

Anne Glauber recognized that her diagnosis of stage IV pancreatic cancer did not give her much time. She used every second well – to teach, organize, prepare her son and daughter to carry on and inspire her medical team and colleagues. Many of them were on hand during the Platinum Hall of Fame induction. Her message was and remains that advocacy can be an inspirational spark to light the way forward. It's a fitting theme for the Platinums, which emphasize excellence in PR.

While Anne did not beat the odds, she was playing for much higher stakes. Her hope was to extend others’ survival. While we’re not there, we are still carrying forward her mission. Let’s use our voices now, raising them to call for a better way to diagnose and treat faster.