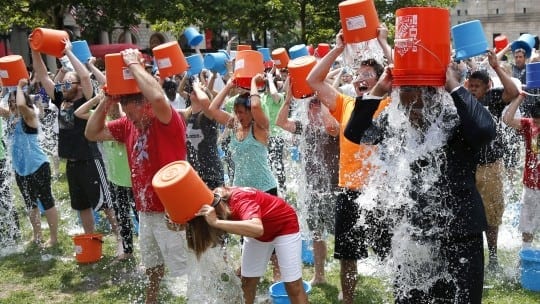 This is the eighth year PR News is including the Hall of Fame as part its PR News’ Platinum PR Awards. For the Hall of Fame, PR News' editors select communications campaigns or initiatives that will likely be remembered for years to come because of their originality and unexpectedly large impact beyond their intended audiences.

Here are the 2017 Platinum Hall of Fame inductees:

The ALS Ice Bucket Challenge—a movement for ALS patients, their families and their supporters—started in summer 2014 and went on to become a global social media phenomenon, as more than 17 million people uploaded their challenge videos to Facebook. The Ice Bucket Challenge—which dared people to dump a bucket of ice water over their heads, post a video of it on Facebook, tag friends to do the same and donate money to ALS—was a game-changer that raised awareness and $115 million to find treatments and a cure for amyotrophic lateral sclerosis (ALS). The campaign started with a professional golfer named Chris Kennedy, who challenged his sister, Jeanette Senerchia in Pelham, NY. (Jeanette’s husband Anthony has ALS). Through Facebook, one of Jeanette’s friends was connected to Pat Quinn in Yonkers, NY, who was connected to Pete Frates in Boston. Ultimately, 159 countries participated in the 2014 Ice Bucket Challenge. As people posted their videos, close family and friends were challenged. The movement spread to adjacent communities, new cities and new countries. It is the ultimate case study in viral campaigns. 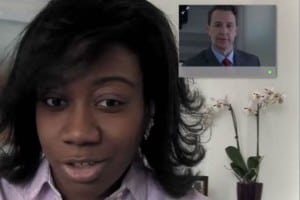 The heart of this collaboration between MullenLowe and American Greetings for Mother’s Day in 2014 was a video and corresponding #worldstoughestjob hashtag, both of which immediately went viral upon launch. The video is a series of real job interviews for a fake job. The interviewer in the video lists the job requirements, and it sounds like the most difficult, thankless job ever. And then comes the reveal: The job being offered is to be a mom. And then the tears flow—in the video, and among the audience members viewing the video. The video now has over 27 million views on YouTube, with 2.8 million views in the first two days. Because Mom has the toughest job in the world, in case you didn't already know. 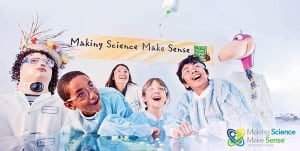 The need to advance science education and improve science literacy is greater today than it's ever been, for individual Americans and for the U.S. as it competes in the global marketplace. Although 67% of new jobs created by Fortune 500 companies are STEM (science, technology, engineering and mathematics positions), only half of these companies can find qualified STEM degree-holders to fill them. To help reverse this trend, Bayer launched "Making Science Make Sense" in 1995 with the goal of getting a million children interested in science by 2020. The long-running campaign has been built on a rich heritage of community outreach, public education, employee engagement and public-private partnerships to advance science literacy and workforce pipeline development. 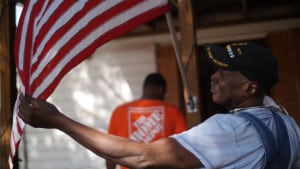 Home Depot Foundation – Celebration of Service
Since 2011, from Sept. 1 to Veterans Day, Team Depot, the Home Depot’s associate-led volunteer force, works with local and national nonprofits to complete projects for aging, combat-wounded and homeless veterans. To support these efforts, the Home Depot Foundation has pledged a quarter of a billion dollars to veteran-related causes by 2020. The initiative won a 2016 Platinum PR Award in the Community Relations category for an influencer and social marketing campaign (launched with agency partner MSLGROUP) that amplified Team Depot and its efforts to provide veterans with disabilities more accessibility in their homes. The social marketing campaign documented the stories of several veterans, their struggles and the projects built by Team Depot. 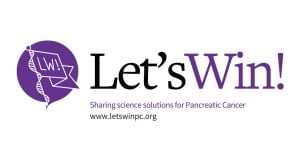 What would you do if you found out you had a life-threatening disease? A few years ago a Finn Partners executive, Anne Glauber, was feeling sluggish, not an unusual predicament for a PR executive working long hours and trying to squeeze in a semblance of a personal life. The sluggishness didn’t go away. Six months later, in May 2014, Glauber was diagnosed with pancreatic cancer. Her response: Glauber used her 30 years in PR and communications to offer a hand to people like her. Glauber realized there was a need to create Let’s Win, a website supported by the Lustgarten Foundation that’s part science—patients and doctors contribute articles to the website about experimental treatments and clinical trials and how they’re working. Besides educating patients, the site is meant to inform doctors. Glauber clearly had done her homework before moving ahead with Let’s Win (a PR lesson, of course). After doing a lot of research, she had identified an unmet need. And then she thoroughly digitized and socialized Let’s Win, finding top-notch editors and freelancers to provide great content on Let’s Win’s site. In February 2017, Glauber passed away. We celebrate her choice to live her last years applying PR lessons as she touted the good work Let’s Win was doing. It was a winning choice. —Seth Arenstein 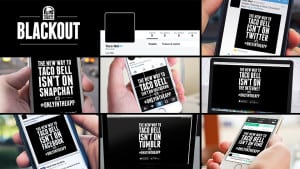 On Oct. 29, 2014, Taco Bell “blacked out” its website, as well as its Facebook, Tumblr and Twitter pages, and replaced the channels with a single post promoting a new mobile payment app. To extend the campaign, which lasted three days, Taco Bell augmented its blackout with promoted tweets, social ads on Facebook and 30-second TV spots. The blackout lasted three days, and 24 hours after the launch Taco Bell reported that 75% of its 6,000 stores already had processed a mobile order. The Blackout was a huge disruptive social media campaign that ended up with positive results for the brand, and left other brands with the bold lesson that less (or nothing at all) can be more on social media. “We see mobile apps as biggest thing in our industry since the drive-thru,” said Rob Poetsch, director of communications at Taco Bell. “We think this is the way for us to unlock our kitchen and create an experience that is really unprecedented when it comes to customization.”