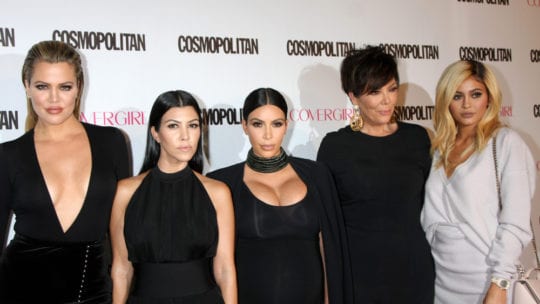 It’s hardly news that the federal government is currently under a cloud. In fact, the lack of trust in government is one of the many reasons why some citizens clamor for brands to take stands on issues. So, when Washington breaks the mold and does something well, it’s important to give props. And there’s extra credit when PR basics are involved.

Recently, the Federal Trade Commission (FTC) issued guidelines for influencers. More accurately, it re-issued and summarized existing guidelines in the form of a booklet, Disclosures 101, and a video, which you can see below.

“The new influencer guidelines are not [new or] revisions, but instead reflect a summary of our existing guidance,” FTC attorney Michael Atleson told PRNEWS senior content manager Sophie Maerowitz.

On the FTC’s books for nearly a decade, the guidelines say influencers must clearly disclose connections to a company when they endorse its product(s). Influencers follow this guidance sporadically.

The FTC as PR Pros

PR can take credit for the FTC's success in the re-release of influencer guidelines. The commission followed arguably the first rule of PR: know your audience.

In general, the influencer demo is a social media-heavy crowd. As such, the FTC was smart to issue the above video explaining its influencer guidelines. “The video is a way to get out our basic message to influencers about disclosing brand relationships,” Atleson says. “Hopefully,” he adds, “the video will lead people to the guide and our other written materials.” Perhaps.

In PR, knowing your audience also means understanding its tendencies. For example, how it absorbs content. Long-winded and written in legalese, the earlier version of the FTC guidelines is posted online.  As you might expect, it's as exciting a read as any government publication.

Clear and Concise: Surely You Jest

The re-issued guidelines are different; the language is clear. Explanations are succinct. “We thought it would be helpful to summarize [the] guidance in a short, easy-to-read format that influencers can use to make sure they follow our key principles and tips for disclosing their brand relationships,” Atleson says.

The industry reviews are in, and they’re positive. Allison Fitzpatrick, a partner at the law firm Davis & Gilbert LLP, who’s spent years poring over FTC documents, is impressed. “The new disclosure booklet and video provide practical tips in a very easy-to-understand format,” she says. Similarly, she says the FTC’s language is “plain and understandable.” This could be a first for a federal agency, particularly one filled with attorneys.

Fitzpatrick heaps more praise on the FTC's reissue. The materials, she tells us, "provide practical tips for making effective disclosures that do not require a lawyer to understand." She redeems her heresy with a quip: "But, of course, you can always hire me to do so."

Kidding aside, since some influencers are barely 20 years old, offering a clear, concise explanation of things is a public service.

In addition, the reissued guidelines put influencers on notice. "The onus is on influencers to make clear and effective disclosures in their social media posts,"Fitzpatrick says.  Specifically, she says, the Disclosure Guide tells influencers that “it’s your responsibility to make these disclosures, to be familiar with the Endorsement Guides and to comply with laws against deceptive ads.”

Atleson adds, "It’s also true that the brand paying the influencer is responsible for those disclosures being made."

The reissue also re-emphasizes several important items. For example, influencers cannot talk about their experience with a product if they have not tried it, Fitzpatrick notes. Similarly, they can't make positive statements about a product when they think that it's terrible.

The Issue with Influencers

As noted above, social media influencers disclose their connections sporadically. The FTC has whacked several brands and influencers over the years. The Kardashians/Jenners were ensnared once.

On the other hand, when handsome Matthew McConaughey interrupts your favorite television program to praise a luxury car, you sort of know he’s compensated. And compensated…wait for it…handsomely.

It’s harder to know the score on social. You see a YouTube vid where a gamer is raving about a new version of the hottest new Xbox entry. The video is on his channel. Did Xbox pay him to make the video? Did it send him the game and other equipment for free? Perhaps Xbox promised the gamer a lifetime supply of popcorn (his food of choice while playing).

What about that couple you follow on Instagram? You know, the one that seems to visit a different beach every week. Do the beach resorts provide the couple with an all-expenses-paid trip? Maybe the resorts pay airfare and hotel only. The waterskiing, who pays for that? Did they get those bathing suits on the house?

In all these examples, disclosures apply. More than that, the disclosures must satisfy the FTC.  The influencer must disclose the connection in a clear, easily understood statement that's displayed prominently.

It’s ironic that the FTC, an institution filled with lawyers, ultimately determines what constitutes a clear statement. Normally, getting a lawyer to explain something clearly and concisely is like hoping for snow in August. That’s another reason why the FTC’s latest release of its guidelines is noteworthy. Maybe change is afoot, and that's good. On a cold Friday in November, this is something to smile about.