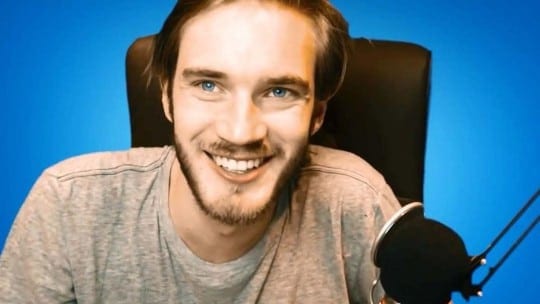 It’s happened again. The Federal Trade Commission (FTC) has upended a major brand for failing to comply with regulations concerning influencers. This time it’s Warner Bros. Home Entertainment Inc. Its online influencers failed “to disclose adequately” that the brand paid them to provide favorable coverage during a late-2014 marketing campaign for video game Middle Earth: Shadow of Mordor. The brand settled with the FTC, the agency said July 11.

The last time an FTC decision concerning influencers was discussed in our pages it was high-end fashion brand Lord & Taylorcaught in the regulatory thicket ( PRN, March 21). In the FTC’s first action regarding influencers, the retailer allegedly paid for “a seemingly objective article” in Nylon, an online publication. The commission also charged the retailer with failing to disclose it paid 50 fashion influencers to wear a paisley dress from its summer 2015 collection in photos posted on Nylon’s Instagram account. The posts contained the Lord & Taylor hashtag, but lacked “#paidpost” or “#sponsoredpost,” the FTC said.

Brands in the Target

In Lord & Taylor and Warner Brothers, the brands outsourced their influencer work. Yet the FTC went after the brands only. “The FTC once again is holding” brands “responsible for violations...by doing so, it’s reminding” [them] they are responsible for ensuring FTC compliance with their influencer campaigns, even when they delegate their duties to an agency,” says Allison Fitzpatrick, partner at the law firm of Davis & Gilbert.

While not charging influencers in either case with infractions, as far as we know, the FTC, in its July 11 press release, for the first time called out an influencer. Its choice was the “wildly popular” PewDiePie. As it did with Lord & Taylor and Warner Bros., the FTC went after a large target, Fitzpatrick says. “Perhaps the FTC is warning very popular influencers” that they will be scrutinized and they need to be compliant, she adds.

Born Felix Arvid Ulf Kjellberg, the 26-year-old Swede failed to adequately disclose that he was one of many influencers paid “thousands of dollars [by Warner Bros.] to post positive gameplay videos on YouTube and social media,” the FTC said. PewDiePie’s Mordor video “was played more than 3.7 million times,” the FTC release said. In all, influencer videos for Mordor were seen some 5.5 million times, according to the FTC.

PewDiePie, in a July 11 YouTubevideo responding to the Warner Bros-FTC announcement [http://bit.ly/29AbFPd], says he disclosed his Mordor video sponsor was Warner Bros., although he admits, “I could have” disclosed it more prominently. He also charges his name was mentioned in the press release “because I’m big” and would serve as clickbait. In between foul-languaged tirades, PewDiePie correctly points out his video was produced prior to disclosure guidance the FTC released in May 2015. That guidance clarified questions about the agency’s definition of conspicuous disclosure.

What do these cases mean for brand communicators?

1. Brand communicators need to be extremely careful when choosing the companies they delegate their influencer work to, says Fitzpatrick. As these incidents illustrate, influencer companies can hold a brand’s reputation in their hands.

2. Communicators should insist that contracts with influencer companies include strong language regarding compliance with FTC regulations. Insist also that you receive detailed descriptions of how the company will monitor influencers, Fitzpatrick says. Ask questions such as how often will it be done? Who will do it and how will it be done?

McCratic says her company uses a combination of technology and “human eyeballs” to monitor influencers under its purview. She says every piece of work an influencer creates is monitored. Brands that work directly with influencers, Fitzpatrick says, should likewise insert strong language in their contracts about compliance.

3. Communicators need to ask for reports from influencer companies that include updates on monitoring and compliance, Fitzpatrick says. Whether they’re issued weekly, monthly or daily, the reports should make it clear that influencers are “actually following protocol,” she adds.

On a positive note, Fitzpatrick sees an increase in brands requesting reports on influencers. On the other hand, she sees influencers becoming more powerful and gaining in negotiating power.

4.When communicators have the opportunity to review influencers’ posts, they should scrutinize them vigorously. This seems obvious, but it eluded Warner Bros. The FTC says Warner Bros. reviewed influencer posts and at least once allowed an inadequate sponsorship disclosure to be posted. “If marketers are able to review their influencers’ posts, it is imperative that they only approve posts with adequate sponsorship disclosures, as this was likely a factor that impacted Warner Bros.’ liability,” Fitzpatrick says.

5. Communicators can’t relax, Fitzpatrick says. While the FTC has acted against fashion and video games, this doesn’t mean it won’t target other sectors and their use of influencers, she says. In addition, while large brands have taken the FTC’s heat so far, small and mid-size brands should be vigilant, too, she says.

Looking ahead, Fitzpatrick sees large brands becoming more aware of FTC regulations regarding influencers. She’s concerned with smaller and mid-size companies, though, as they generally have fewer people charged with overseeing compliance.

Despite continuing FTC oversight, Fitzpatrick and McCratic agree that more and more brands will be turning to influencers. “Influencer marketing isn’t going away anytime soon,” Fitzpatrick notes, adding she spends nearly all her time working on influencer issues, including influencer agreements with brands. McCratic, who has a stake in seeing influencer marketing grow, believes eventually it will replace traditional PR. Her advice for communicators just beginning to work with influencers is to begin small. Try working with a few influencers in a single geographical location, she advises. “See which ones you are comfortable with,” she says. Should you decide to work with an influencer company, do your homework and “align yourself with the right people.”

No Disclosure No Pay: An influencer speaks

Sara Welch may not be your typical influencer. But with 31 million people blogging in the U.S, who is?
A former government employee and a mother of three young children, Welch blogs about food that’s quick and easy to prepare. In addition to her blog, dinneratthezoo, she writes nearly one dozen sponsored posts monthly for brands. She has been working with influencer agencies for years.

While she admits that when she began blogging nearly eight years ago, “we didn’t know about” FTC disclosure rules, the situation is different today.  When you work for an influencer agency you must put your disclosure in your copy “or you don’t get paid. It’s as simple as that,” she says.

Are brands exerting more control over her work? Yes, Welch says, noting that typically her longer writing is submitted to a brand or an influencer agency several weeks before it’s posted. Things are more relaxed for tweets and Instagram posts, she adds.

Is she surprised when large brands get caught up in the FTC thicket? “Yes. The blogger community talks about disclosure regularly” in Facebook forums, she says. “It’s on our minds.”