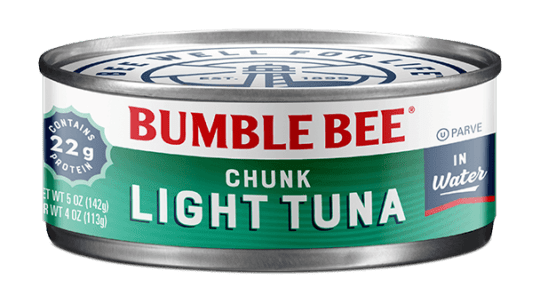 It doesn’t take much for a brand to get swept up in a political firestorm it didn’t even seek. Take Bumble Bee Tuna, for example. A legacy company for canned seafood and a lunchtime staple, it found itself front-and-center after President Donald Trump’s rally on Sept. 22 in Pennsylvania.

In a quick move, the company took to Twitter to respond with a rather calm, apolitical response.

And while Twitter followers swarmed with dissenting opinions, as well as clever quips, Bumble Bee stood stoic through it all with that one tweet.

Do I need a background check for ham salad? Or just tuna? pic.twitter.com/RdFPZ8gm2j

This is not the first time a major brand needed to do damage control in response to Commander-in-Chief mention. Early in the president's tenure, he, and sometimes his son Donald Trump Jr, routinely tweeted about brands, at times to blast them or to heap praise.

Last month, Goodyear faced a debacle when Trump tweeted about the company's dress code banning MAGA hats. Social media went wild when Trump invited the Goya Foods CEO to the White House in July. And L.L. Bean found itself staring down a boycott in 2017, when it was revealed that family member Linda Bean donated to a political action committee to support Trump.

Each of these companies faced overnight notoriety in its own way, with many taking to Twitter to speak directly with the public. A takeaway: Whether a brand chooses to respond or stay silent, consistency is important.

Marketing consultant Rohit Bhargava, in a 2017 piece from CNBC, "How to React if Trump Mentions Your Company on Twitter," said producing a statement that is different from a brand's normal content personality can be harshly rejected on social media.

"If their response is in the same personality as they already have, I think they are in good shape, because what their audience is used to seeing is them responding as if they were real, like a real person," Bhargava told CNBC.

In this case, Bumble Bee could end up with a win. The Washington Post reported that since the pandemic hit, sales of canned tuna are up 200 percent. Let's hope the popular pantry staple continues to meet demand to fill our cabinets and social media timelines.