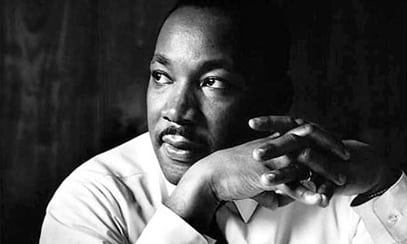 Rev. Dr. Martin Luther King, Jr. is known as one of history's best communicators. He could accomplish more in one line than many could hope to accomplish in an entire speech or book. Since his ascendance to the top of the civil rights movement and assassination, his words have echoed through the generations, and his urgent advice to the world has never lost its relevance.

In his writing, Dr. King employed a rich feast of oratorical strategies and stylistic devices, and he displayed a command of grammar and a comprehensive understanding of how to organize a speech for maximum impact. He made use of repetition, parallel structure, imagery, analogy, alliteration and many other techniques, producing a powerful effect on those who heard or read his words.

On Monday, Americans will mark Martin Luther King, Jr.'s birthday by taking some time to remember the legacy of a man who changed the course of history. Here are some of his most memorable remarks on communication and leadership: