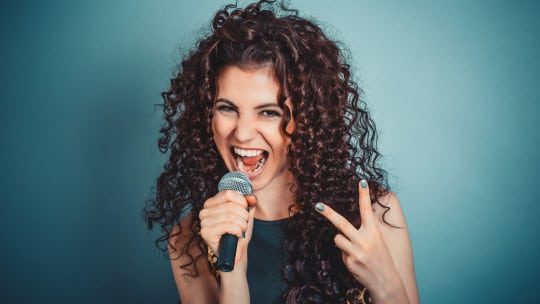 If I had a nickel for every press release I’ve seen that lacks an apparent purpose, I’d be able to make a much deeper dent in what I owe to Sallie Mae. And that’s just me, as part of the PR industry – imagine how many press releases reporters see every day that lack substance.

Most press releases contain quotes that make or break the direction the communication takes. Certainly executives will ask communicators to issue press releases devoid of exciting news. Still there are ways to create interest in a topic that may seem mundane – tap into the story’s human element, identify a hook and ask better questions if you want better quotes.

The importance of a good quote in a press release cannot be understated – depending on the publication you’re sending it to, the quote might be the only portion of your release that's printed. It’s critical that the quote be clear, on brand, punchy and substantive.

Here are three ways to make quotes in your press releases shine.

When words fail, buzzwords speak. Let’s agree to never, ever include jargon-y buzzwords in press releases – I’m looking at you, users of “synergy” and “paradigm shift.”

All industries use buzzwords. As a result executives sometimes have a tendency to cling to a few and use them until all meaning has been wrung out. Fluff words mean nothing. They can destroy a quote. If you’re tempted to employ a buzzword, examine the deeper meaning of what you’re trying to say in the quote.

For example, instead of “The team has incredible synergy,” you could write, “Our team benefitted from the weeklong training and has learned new ways to use each others’ strengths to grow the brand.”

Though robots have made incredible strides in terms of societal integration, they haven’t yet advanced to the point of being able to be quoted in your press release – so avoid writing worthy of a robot.  As PR pros, we are in a position of putting into words what people and brands are thinking – let’s not forget that executives are humans who speak in normal sentences.

So instead of writing, “The implementation of our updated CRM system has fundamentally transformed the way the small- and medium-sized business sector operates,” try something slightly less robotic: “When our team created the CRM system, it understood the influence it could have within our industry, and we’re ecstatic to see our community recognizing how easy it is to use.”

Immerse yourself in the newest tactics for crafting effective press releases at PR News' Press Release Writing Workshop, May 2, 2017, in NY City.

Many PR pros have journalism backgrounds. A fundamental principle of journalistic writing is to make sure quotes say something. In our field, it’s common to put together several drafts of the same quote to work on honing the message. Make that time count by creating quotes that are substantial and add to the story.

Instead of writing, “We’re excited to bring a new restaurant to Chicago. The community is going to love what we have to offer,” try beefing it up with something such as, “Chicago’s Wicker Park neighborhood is known as a hub of culinary innovation and entertainment. We know the community is going to love trying our Asian-inspired menu and tiki cocktails – they’re perfect for enjoying on the rooftop overlooking the city skyline.”

With a little practice and a fresh red pen, any press release can be transformed from a total bore to a piece of messaging your brand (and the media) will appreciate. I may stop adding to my collection of nickels, but it’s a price I’m willing to pay to see a generation of sharp, engaging press releases flourish.