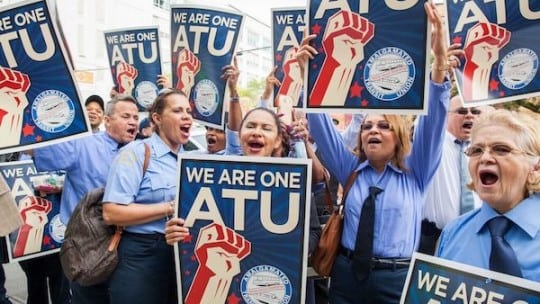 In the UK it feels like we’re entering another Winter of Discontent–whether it’s nurses, rail workers, teachers or driving examiners, it seems everyone is considering labor action. Even ambulance workers are holding their first strike in 30 years.

The main issue is rampant inflation, which means salaries are lagging in real terms, despite wages rising at their fastest rate in 20+ years.

While we assume most employers, in the UK and elsewhere, prefer avoiding industrial action, the time may come when strikes are unavoidable. As such, communicators, regardless of where their geographic location, must prepare so they can craft effective messages, keeping stakeholders informed and perhaps preventing reputation damage.

On the other hand, communication around strikes is challenging sometimes. For instance, corporate PR pros must balance maintaining positive relations with staff and unions, whilst protecting the company.

During a strike, controlling an external narrative can present problems. For example, opposition communicators or executives may possess incredibly effective skills. In the UK, for instance, RMT general secretary Mick Lynch arguably is the most well-known union official. And he is a master communicator.

Despite disruption from strikes, Mr Lynch largely has won over the public. Supporters praise his clear communication style and ability for using blunt politeness against opponents.

Accordingly, during any strike, PR pros must:

As we said, in the UK, an increasing number of strikes seem likely. In such a situation there is a danger that the public becomes desensitized and zones out on strike news and information.

As a result, craft messages that are concise, clear and provide information that people need most. For example, if ambulance workers strike, what should the public do in case of an emergency? If trains are cancelled, are all lines shut?

Providing this information quickly lets communicators remove some of the uncertainty around planned strikes. On top of that, people can make alternative plans where possible.

Similarly, should plans change last-minute and strikes are suspended or cancelled, communicate that quickly and clearly. Avoiding an information vacuum is critical.

As with external communication, internal messages should include phrasing ensuring the company is working toward a resolution of the crisis as quickly as possible.