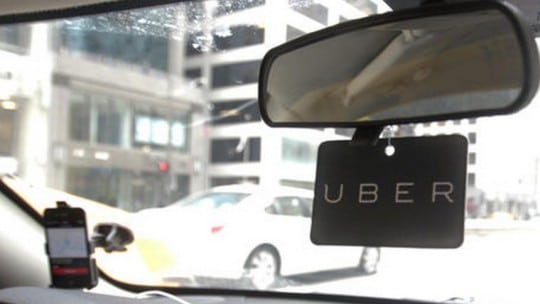 Six people lost their lives in Kalamazoo, Michigan, this past weekend when Uber driver Jason Dalton went on an apparently random shooting spree. The Associated Press reported that Dalton had been an Uber driver for less than a month. In the wake of the Michigan shootings, Uber said that Dalton had cleared the company's background check and that it had no plans to change its screening procedures for potential drivers.

It didn't take long for at least one rival car service to send a pointed marketing email to its database. On Monday, Feb. 22, East Coast Worldwide Limousine sent an email with the the subject line "Feel Safe With Your Driver" and the headline "Your Travelers Should Feel Safe With Their Driver." The email gets to the point in the first two sentences:

"The recent events surrounding an Uber driver's actions in Michigan underscores
a key significant difference between some transportation network companies' laxed
security screening practices versus those of many corporate black car service providers."

Seasoned professional communicators can probably guess what followed the next day: an emailed apology to the same database. This time the subject line was "An Apology to Our Customers." The body of the marketing email is in the form of a letter from East Coast Worldwide Limousine's president. In the email he writes:

"Please accept the following email as a formal apology for an email you may have received yesterday. Subsequent to the tragic event that took place this past weekend in Kalamazoo, Michigan, we received a tremendous amount of inquiries regarding the background checks our company performs...In response, we wanted to provide our customers with an informational communication that addressed these questions. The task of drafting the email was assigned to an employee who unfortunately released the initial draft prior to a review and authorization by East Coast management. In no way was our company attempting to use the Kalamazoo tragedy to our advantage, and we apologize if yesterday's e-mail conveyed that impression."

Placing the blame on "an employee who unfortunately released the initial draft" aside, and even giving the company the benefit of the doubt that it was merely responding to inquiries about its own screening practices, at the very least the initial email was poorly timed and insensitive. The takeaway for any brand whose competitor is dealing with the death of either employees or customers is to step back, wait and put yourself in the mind-set of the families whose lives have been changed forever.