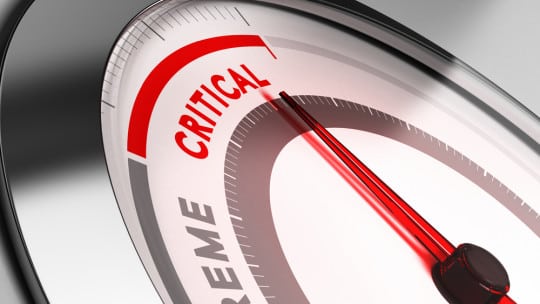 The best company leader in the world will have to make unpopular decisions now and again, even if it's in the best interest of the company. Business, after all, is not a democracy. What the boss says goes.

Still, communicators know it’s a new age for brands, one heading toward the democratic, where the court of public opinion stands tall. Brands are urged to monitor the social conversation and, when warranted, react to it.

This raises an age-old question: When should a brand react? The easy answer is that it depends.

Failing to react rapidly could raise a middling issue to crisis level. On the other hand, reacting too quickly to an insignificant problem can spur a crisis. This is where PR and crisis management becomes a mix of art and science.

Does the once-hot brand MoviePass, already weakened by a series of crises and reports that it ran out of money, seem even less formidable now that it’s reacted to customer outrage and quickly reversed its pricing policy, a policy it changed just last week?

Cash-strapped, MoviePass raised its monthly price to $14.95 from $9.95. This week it reversed itself again, returning to the $9.95 fee, though it now will limit customers to 3 films per month. Previously MoviePass customers could enjoy unlimited films at theaters.

In a lengthy statement justifying its new policies and a return to the old fee, MoviePass claimed its customers valued price above anything else (so far, so good). But then it went on to say only 15% of subs "imposed undue cost on the system by viewing a disproportionately large number of movies" each month. Maybe so, but the company had advertised an all-you-can-enjoy offer. Perhaps MoviePass should have chosen better language when referring to its customers who were within the limits of the fine print.

Does the Facebook brand look weaker for removing the official page of conspiracy theorist and Infowars chief Alex Jones just days after an interview with Mark Zuckerberg upheld the right of Jones and others to remain on the platform? That all depends on who you ask. That interview landed Zuckerberg in a mess. His thesis was that Holocaust deniers are reprehensible and wrong, yet they believe what they’re saying is true. Their mistake is one of spreading misinformation, as opposed to those who knowingly spread falsehoods online.

In removing the Jones page, Facebook said August 6 it was doing so because Jones' content glorifies violence, “which violates our graphic-violence policy, and [for] using dehumanizing language to describe people who are transgender, Muslims, and immigrants, which violates our hate-speech policies." It seems this was a way to walk back Zuckerberg’s original position. It's too soon to tell how this will impact Zuckerberg's, and Facebook's, reputations.

And then there’s CBS and Les Moonves, the embattled chairman and CEO, who was recently accused of sexually harassing six women. Arising from a New Yorker article, the allegations also expose CBS' culture for condoning sexual harassment, or at least avoiding investigating complaints.