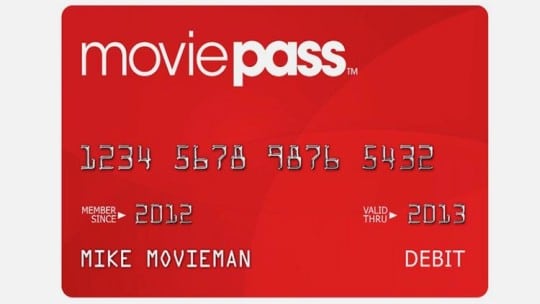 In the midst of a PR crisis and an existential one, MoviePass is seeking a chief marketing officer, according to a posting on its job board. The position includes all aspects of marketing as well as communications and reputation management. The eventual hire may need all that and more.

For readers unfamiliar with MoviePass, it’s a service where subs pay a flat, monthly fee to see multiple movies in theaters. The fee was $9.95 just a few days ago, and publications such as Engadget as recently as mid April described the brand as being “on fire” in a good way and likened it to "Netflix, but for movie theaters.” MoviePass says it has 3 million subs.

On Fire or Too Cool?

At the moment, though, it’s difficult to find an article about MoviePass without seeing descriptors attached to the brand such as “troubled,” “floundering,” “coming under renewed scrutiny” and “cash-strapped.” What’s happened since April? Partly poor communications, which, as PR pros know, can be improved, and faulty policy, which communicators often are powerless to explain away.

On the evening of July 26 the MoviePass app crashed and some users still were having trouble with it the next day. Customer service was slow to respond and tweets said the company was working on a fix. Eventually stories came out that MoviePass  couldn’t pay its bills and its servers were turned off, resulting in the crashed app.

Sure, communicators can massage the narrative when headlines blare “MoviePass Crashes After Running Out of Money,” but  borrowing $5 million to pay its bills meant MoviePass had to announce the loan in a Securities and Exchange Commission filing the next day.

More bad news followed. To halt its cash burning, MoviePass raised its $9.95 fee to $14.99 July 30 and said it would no longer support certain blockbuster films during the early days and weeks of their release.

The next day, Moviepass said its services will be limited to certain show times, which will vary daily.

Dripping a bit of bad news each day is a surefire way to damage a brand's reputation.

Companies need to communicate "why they're changing things and admit their business model needs to be adjusted...you need to tell the story of what happened," says Brad Ross, executive director, corporate and customer communications in the CEO's office of the Toronto Transit Commission. When brands have crafted bad policies "communications can't do much" to help, except admit the policy was flawed, apologize and explain how new policy will correct the situation, he adds.

Though Ross was not commenting on the MoviePass situation directly, a letter from Mitch Lowe posted on Twitter late on July 31 seems to satisfy many of the points he raises.

Lowe's letter apologizes fully in its first sentence and quickly admits the brand's communication with customers hasn't been proactive; he pledges it will improve. The letter also explains why the company is changing its offerings. In the letter, Lowe pledges transparency, though the paragraph about customer service, which the CEO admits has been spotty and won't get better soon, seems opaque.