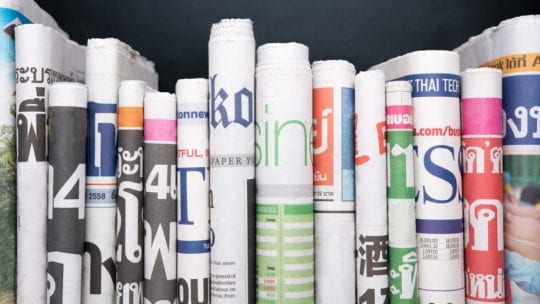 It’s an understatement to say the digital era has brought massive disruption to the media landscape. From greatly reducing the ranks of full-time journalists and traditional, tier 1 media outlets to creating the 24-7 news cycle, digital technology and its exponents have reshaped media into something barely imaginable just a few years ago.

Yet as surging sales at certain major media outlets demonstrate, journalism isn’t dead. Certainly, though, it looks different than previously. For example, journalism has become a pastiche of traditional reporting and social media. The composition of that mix remains in flux.

Another change in the media landscape is that there are fewer major media outlets and journalists working for tier-1 publications. On the other hand, there's growth in tier-3 organizations, such as web sites and niche publications, according to research last month from Onclusive. Its 2019 "Global Journalism Report," a survey of 2.1 billion pieces of editorial content from Q1 2018  through Q1 2019, also shows an increase in the number of content producers contributing to niche media.

To help communicators succeed in the changed and changing media environment, a trio of media relations pros offered tactics and strategies during our June 27, 2019, PRNEWS webinar, "Win Coverage in Today’s Multifaceted Media Landscape.”

With PR pros outnumbering content providers six to one, it sometimes seems that communicators are inundating writers with requests. In spite of that, content producers are duty bound. They open 63 percent of the email/press releases sent to them, PRNEWS and Clarity PR found in a survey of 150 journalists. In addition, they answer nearly all (82 percent) the phone calls PR pros make to them. This finding, said Sherry Smith, VP, media, mobile and marketing at Clarity, bolsters the argument for using the phone to pitch journalists.

Still, in an atmosphere where writers are badly outnumbered, it’s important to know what they find annoying in interactions with PR pros, Smith said. The survey’s top email never-do, she said, is to pretend that you know the journalist. Others on the list, she said, include a pitch that fails to make the news clear. Also avoid pitches loaded with jargon, hype or grammatical/spelling errors.

On the other hand, the must-do’s include making sure your email is personalized, clear, compelling and refers to a company/brand/issue the reporter covers regularly. In addition it should include a dollar figure.

Regarding language, words such as “disruptive/disrupting" (55 percent), "transformational" (54 percent), "world-class, best-in-class" (46 percent) and "leader" (36 percent) used in pitches can turn off a journalist. Should your brand actually be a leader, Smith said, demonstrate with statistics that this is so. If you can’t, drop the word from your pitch.

Joan Hurwitz, VP, communications, American Nurses Association, emphasized a three-step approach to media relations. The first part is to make sure your media relations effort's goals support the organization's objectives. Next, research is key. Know the beats of content producers before beginning to think about pitching. Research should be a daily activity, Hurwitz added. "Research is not a secret weapon," she said, "it's a must." Last, practice matchmaking; choose the right reporter for each pitch.

Frederik Bjørndal, who heads media relations for Novozymes, a Danish-based bio-solutions company,  concurred with Hurwitz's points about researching before pitching. "Don't cut corners on research," he said. With so many PR pros chasing so few journalists, it's essential that you pitch the correct journalists and "be relevant...give them something they and their readers need."

Some of the questions PR pros should ask themselves about a pitch, Bjørndal said, include: "Is my pitch newsworthy? Is it exclusive? Does it have angles? Can I offer good visuals and pointed messages? Do I have executives who can deliver those messages? And, what's the headline of my pitch?"

And while that list of questions might lead you to believe Bjørndal thinks pitches should be lengthy, the opposite is true. With fewer journalists in the mix, brevity takes on increased importance, he said. "After you've composed your pitch, cut it by half." Add details later, if the pitch is accepted.

Note: See our site for a download of this webinar.