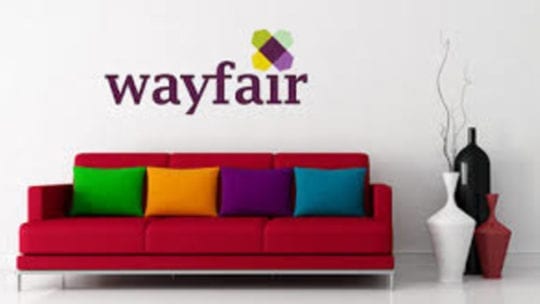 Companies like Nike and Ben & Jerry's have demonstrated the power of brand activism in marketing. With consumer expectations shifting in a tumultuous political environment, what happens when a brand decides to take a neutral approach?

The brand is suddenly smack in the middle of a major PR crisis as 500 of its employees walked out Wednesday in protest of its involvement with the detention of migrant children near the United States’ southwestern border. The company reportedly sold more than $200,000 of bedroom furniture to a government contractor that operates a network of the centers. The walkout followed reports of facilities that were overcrowded and filthy, where children and teenagers were lacking clean clothing and adequate food.

The protesting employees addressed management in a letter asking to stop doing business with the contractor, BCFS, and to establish a code of ethics. The employees said that they were writing “from a place of concern and anger about the atrocities being committed at our Southern border,” and wanted to ensure that Wayfair had no part in them.

They asked the company to stop. CEO said no.

This is what solidarity looks like - a reminder that everyday people have real power, as long as we’re brave enough to use it. https://t.co/667abeLDTG

But at the protest, many employees wore Wayfair shirts, and stressed that they generally liked the company despite the walkout. “It’s not a strike, it’s not a protest, it’s showing our company how committed we are to this process,” an organizer told The Cut.

Wayfair's public response to its staff?

"As a retailer, it is standard practice to fulfill orders for all customers and we believe it is our business to sell to any customer who is acting within the laws of the countries within which we operate. We believe all of our stakeholders, employees, customers, investors and suppliers included, are best served by our commitment to fulfill all orders. This does not indicate support for the opinions or actions of the groups or individuals who purchase from us," the company said in a memo.

There is clearly a difference of opinion here, and as of now, no changes have been announced by the brand.

For Wayfair, the biggest issue is that this battle is taking place not in the boardroom nor around the water cooler, but in front of consumers—who may very well side with the protesting employees and take their business elsewhere. In publicly choosing to not take a stand on a controversial and pivotal political issue, the brand is risking a major impact on its reputation.

What does Wayfair's refusal to take a political position mean for brand going forward? It's evident that the company's PR team is actively managing this reputational crisis in using to the following tactics. But is it enough?

Being prepared for internal information to go viral. In the case of a protest, internal memos and responses are guaranteed to be leaked to media, posted on social networks, and quoted ad infinitum. Be sure the language is clear, consistent, in line with company values, and think carefully about phrasing. Wayfair's response is polite and direct about its desire to be neutral on political issues.

Being brief and consistent. Internal news should be as factual and complete as anything distributed externally. Give all employees the same information. Lean on leaders to share and reinforce messages. Wayfair has not wavered, staying on message throughout the protest and social response.

Displaying empathy. In spite of taking an unpopular position, Wayfair has indicated in its response that it is sensitive to employee emotions, and has an understanding of all points of view. It even donated $100,000 to the Red Cross in response to employee concerns.

Speaking and responding to your target audience. Ultimately, what does Wayfair's consumer audience expect and desire from the brand? This is where it's unclear if the brand's positioning makes sense. Wayfair indicated in its response that its primary concern is its sales. So if consumers react with a boycott, will the brand change its tune?

PRNEWS has reached out to Wayfair for comment, and will update this story with any responses.

Melissa Hoffmann is content director of PRNEWS. She can be reached at mhoffmann@accessintel.com. Find her on twitter: @editormelissa