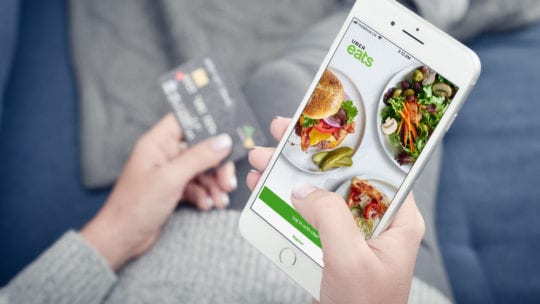 In a joint press release, Uber and Postmates tailored M&A messaging to investors, saying the acquisition was beneficial for Postmates’ “strong relationships with small- and medium-sized restaurants.”

Critics of the acquisition, however, have taken issue with vague claims that delivery workers will benefit: “Delivery people will enjoy more opportunities to earn income, with increased batching of orders to make better use of their time,” the release says.

A quote in the release from Postmates CEO Bastian Lehmann reads, “Uber and Postmates have been strong allies to...create the best practices across our industry, especially for our couriers.” The 1,500-word release fails to expand on those best practices, and how “batching” orders would increase income for workers.

Given the “ongoing market consolidation” of food delivery, per Axios, Uber’s purchase will increase its control over pricing  This means that while incoming orders for delivery workers may increase, their pay (and restaurants’ profits) could still take a hit, depending on how Uber decides to structure fees that often fall disproportionately on gig workers and small businesses.

The joint press release leaves the Uber brand exposed in the face of labor-focused criticism. In a Twitter thread that as of this writing has seen close to 300 retweets and 784 likes, Wilfred Chan, a delivery worker advocate and contributor to The Guardian and The Nation, noted the significance of reducing food delivery workers’ access to different apps: “With dwindling options, we'll be exploited even more harshly.”

uber is buying postmates. as a part-time courier who works for both, this is bad news. while both are staunch anti-worker companies, fewer and bigger players means even less worker leverage against platform capitalists. with dwindling options, we'll be exploited even more harshly

Uber repeatedly has come under fire for labor practices, and, alongside Postmates, the company is lobbying against a California rule that would require both companies to reclassify drivers from independent contractors to employees.

In addition to the criticism Uber is seeing on social, business publications were quick to point out that the Postmates deal is a trifle compared to a larger acquisition Uber was eyeing—that of Grubhub, which European food deliverer Just Eat Takeaway gobbled up June 10. The Verge noted that Uber “desperately” needed Uber Eats to make up for losses suffered from ride-hailing’s nosedive during the pandemic. Perhaps the joint presser sought to reassure investors that the move was proactive, rather than the Hail Mary narrative media crafted.

In a consumer climate that prizes purpose-driven messaging, Uber has made a risky choice in focusing on its investor audience rather than explaining how its acquisition will benefit workers and small businesses. And, amid a COVID-19 economy that already has shed millions of jobs and caused small restaurants to shutter, the choice could hit Uber’s bottom line.

Users fled Uber for other ride-hailing apps in 2018 after a slew of sexual assault scandals that led to the ouster of then-CEO Travis Kalanick. Actions speak ever louder than words, and Uber’s PR team is unlikely to see an end to the labor debate, particularly if social media users and news outlets continue to draw attention to the company’s lobbying effort.