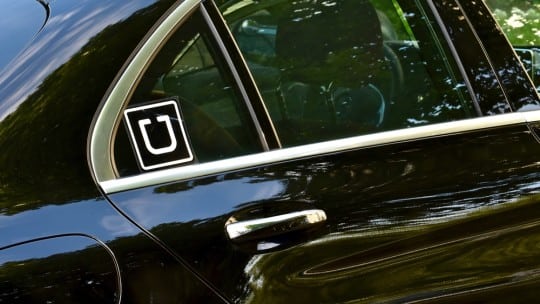 It’s too early to say with a lot of certainty, but it appears Uber has absorbed several PR lessons concerning crisis management. It’s had a fair amount of practice.

The most recent PR incident for the SF-based company has Susan Fowler, a former employee, penning a widely circulated blog post about sexual harassment and sexism at the company. She served as an engineer at Uber. It’s hard to fault the response of the company’s CEO, Travis Kalanick, to what appears to be the first, significant, internal PR crisis at Uber. He’s taken several of the basic steps of crisis management and done so promptly.

Of course the name Travis Kalanick might be familiar to those following the news. Kalanick recently had to back down from President Trump’s economic advisory council after employees registered complaints.

This followed another incident where you might have seen Kalanick’s name mentioned. In late January, after the president’s initial executive order on immigration, Uber said it was suspending surge pricing to NY’s JFK Airport as taxis protested the White House’s action by staying off the roads. Lesson: It can be a bad idea to try to profit from someone else’s misery, especially during an emotionally charged time. Uber should've known this lesson well from an earlier incident.

It’s unfortunate irony that the latest PR snafu for Uber involves sex. Incidents of sexual misconduct have plagued the disruptive, alternative-to-taxi brand for a few years. Uber drivers were accused, and at least one was convicted, in 2014, of raping female passengers in India. These incidents date to 2013. At one point, things got so bad that Uber was banned from operating in the Indian capital, New Delhi. Similar incidents occurred in the U.S. and elsewhere, prompting the widespread perception that Uber drivers are improperly vetted or vetted less than taxi drivers. The brand has denied this charge.

Still other incidents have marred the brand’s reputation. In 2015, after dropping a fare at Denver Airport, an Uber driver circled back to the passenger’s home and burglarized it (PRN, April 6, 2015). The many incidents involving Uber, as well as rival brand Lyft, spurred the creation of whosdrivingyou.org, a site that tracks the brands’ criminal cases, which, it says, include assaults, kidnapping and murders, in addition to sexual misconduct.

More cruel irony is that just as this latest crisis is splashed across the headlines it’s the one-year anniversary of another incident where Uber was involved. On Feb. 20, 2016, in Kalamazoo, MI, Jason Brian Dalton allegedly killed six people and injured two others. Uber became involved in the story when it was learned that Dalton drove for the company. At the time it was alleged he handled fares before and after the killings. After remaining silent for a time, Uber issued a statement deploring the incident, sending its condolences to the families and noting it was helping police with their investigation. Uber also confirmed it had vetted Dalton. Later the brand held a press conference to explain its vetting procedures. Dalton is awaiting trial.

In truth, Uber made its PR bed early in the company’s history. Back in 2014, an Uber blog post in Lyons, France, promised to offer “hot chick” drivers to ferry you from point to point. Perhaps the most revolting part of the ad noted the rides would last just 20 minutes, leaving the impression that riders didn't need to go anywhere, but wanted to spend time with hot chicks. Uber's headaches in Europe are not limited to hot chicks, however, with regulatory hurdles playing a significant role.

That same year, and just weeks after the hot chicks incident, an Uber SVP, based in NY, said the company would spend $1 million to hire a team to research "the personal lives" and "families" of journalists who were critical of the company. Eventually the brand was forced to back away from those comments.

Despite these tribulations, Uber continues to dominate, claiming nearly 90% of the U.S. market. The business issue for Uber, though, is that at its essence it's an app. Consumers would seem to have little difficulty deleting Uber from their mobile phones and downloading another ride-provider's app to replace it. This reality dictates that Uber quickly and properly attend to its latest PR crisis.

Have Kalanick and Uber learned their PR lessons? As we said above, the initial signs are encouraging. Proof will be in the execution and how those "incompletes" are completed. Many will be watching.