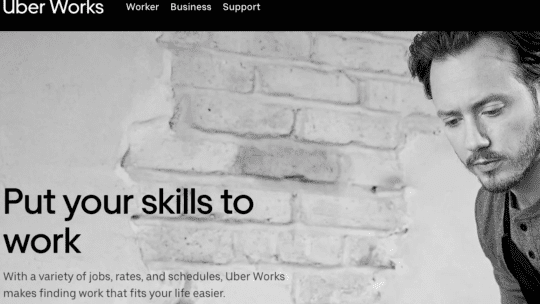 When most people think of Uber, they focus on the company’s mobile ride-sharing app. Uber disrupted the taxi industry, and boosted the gig economy, allowing for a more efficient, cheaper, personal car service, as well as a decent side-gig for many.

A lesser population also depends on Uber for food delivery (Uber Eats) and shipping (Uber Freight). Uber even branched out into commodifying luxury travel, with Uber helicopter trips launching in New York City. For around $225, savvy travelers can bypass bumper-to-bumper traffic and fly to John F. Kennedy International Airport from Manhattan in eight minutes. Uber continues to invest in self-driving and flying “car” technology as an innovator in the future of transportation.

The transportation company claims to retain a value in excess of $50 billion and went public this summer. It’s not a secret, however, to the financial industry that Uber continues to lose money, hand over fist. It laid off some 435 staffers in September from its engineering and product teams.

You would think, for a company focused on new products, you would want to keep some of the most important cooks in the kitchen. Apparently the company still thinks they can do more with less.

In an interesting twist,Uber this week announced the launch of another app. Starting in Chicago, the Uber Works app will allow temporary workers to search for jobs in bartending, stocking and cleaning, amongst others.

Some see this as a sign that the company is getting back to its roots. The irony of a company launching a gig app that employs gig workers will not be lost on the public, though, particularly since Uber just let go of a significant number of full-time employees.

More than 150 million workers in North America and Western Europe have left office life to work as remote contractors, according to the Harvard Business Review. And while freedoms and flexibility beckon, it’s a grind at times to make a living wage, particularly without benefits.

While Uber drivers make their hours and work either full-time or as a side gig, the complex question of their take-home pay remains an issue. Ultimately it depends on location, market rates and saturation. A 2017 study by Earnest says 84 percent of Uber drivers expect to make less than $500, on average, each month. As said prior, this does not account for differences in location demographics.

That sort of money does not pay all the bills. It doesn’t even cover rent in most areas. Many Uber drivers end up looking for work elsewhere to compensate. Maybe that is where the company got the idea to provide an additional database of temporary gigs.

Sonam Lama, a New York City-area Uber driver, told CNBC he’s looking for other opportunities because his hours and pay are unpredictable.

“I’m not making a living,” Lama said. “Almost all drivers are looking for work elsewhere.”

The Irony of Self-Correcting PR

While the company did not create the new app strictly for its drivers, many wonder if this product is simply a PR move to demonstrate Uber remains capable of innovation. The service might be interpreted as a solution for contract employee advocacy in the gig economy.

The timing of this service is also curious, as it follows Uber's pushback on a California bill that could require Uber, and other rideshare companies, to treat drivers as employees, as opposed to freelance contractors.

Uber is not a stranger to controversy, and in a competitive ride-share economy, its reputation for fair labor policies pales in comparison to Lyft, a competitor. The #DeleteUber movement is very real, and not only regarding mistreatment of staff, but for a culture that hasn’t done much to quell a reputation for sexual harassment.

Earlier, Uber launched a $500 million marketing campaign to rebuild its image, including television commercials. The messaging has not stuck, and the company valued at $90 billion at its IPO, continues to lose ground.

While Uber pushes new products, it may want to look inward and scale back. It needs to not only rebuild the reputation of its core product, but simply treat drivers and staff in a way that resonates with the public. Allowing drivers to take home more of the profits would be a good start. Spend money on people who matter, rather than rolling out additional products.