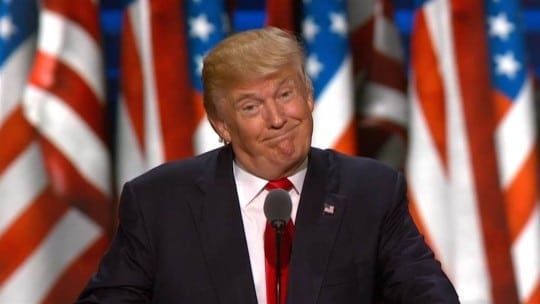 Those communicators who kept up with the news this Labor Day Weekend no doubt heard reports about the president blasting the upper level of the military. He also swiped at companies collectively known as the military industrial complex. The president alluded to the January 1961 farewell address of former President Dwight Eisenhower, which contained a warning about what the former five-star general considered the military industrial complex’s dangers.

In spite of the president's denials, additional media outlets confirmed The Atlantic's reporting, including a national security correspondent at Fox News. The president has called on Fox to fire that reporter. In addition, former White House officials, including national security adviser John Bolton, have denied the story. "It's simply false," Bolton said yesterday.

The story also alleges Trump prefers that wounded veterans not march in military parades. It’s not difficult to attribute such a preference to the president, who has mentioned that he prefers to honor soldiers who survived wars, not those who were killed or captured.

Trump made those comments before he held office. As any communicator would tell the president, as a politician, particularly one facing an election, you want to enlarge the group of people who potentially could vote for you. Alienating large groups is akin to leaving money on the table in a business transaction.

That's why communicators were left scratching their heads yesterday. Responding to a question about The Atlantic story during a Labor Day press conference, Trump said, "I'm not saying the military's in love with me—the soldiers are, the top people in the Pentagon probably aren't because they want to do nothing but fight wars so that all of those wonderful companies that make the bombs and make the planes and make everything else stay happy."

While Trump may believe what he said, it's sure to alienate a swath of voters. There are other stories of the president's rocky relations with military top brass. Allegedly, during a Pentagon meeting, he referred to a group of military leaders as "dopes and babies." Again, the story comes from anonymous sources. Importantly, though, it was a private attack. It's a different story when the commander-in-chief makes a public statement disparaging military leaders.

Members of the military voted for Trump over Hilary Clinton in 2016. Yet a recent Military Times poll shows the president's popularity with active-duty military has waned.

Analysts say the president speaks mostly to his base. As a result, they say, statements like the one he made yesterday, which appear counterproductive, energize the president's supporters. The question, of course, is whether or not his base sees the country's military leaders and defense contractors as the enemy, people who want to do nothing "but fight wars."

What also makes the president an enigmatic communicator is that he often surprises.

Reporters asked the president yesterday about postmaster general Louis DeJoy. Instead of dubbing allegations against DeJoy "a hoax" or a vicious attack against a good person, Trump took another route. He called DeJoy "a very honest guy" and "a very respected man." On the other hand, Trump next threw a curveball. Should DeJoy lose his job if he abused campaign finance law?  “Yeah, if something can be proven that he did something wrong, always,” Trump said.

It's been like this for almost four years. Perhaps being unpredictable is his strategy.