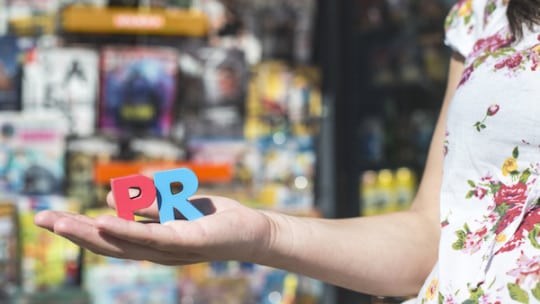 I am asked frequently to meet with college students considering a career in our business.

After providing an overview of PR, and too often having to emphasize PR as portrayed in movies, TV and novels has little to do with reality, I ask:

Actually, the above are questions anyone should ponder prior to deciding on a PR career path.

A few PR wannabees, without hesitation, say they would not work on an account if they strongly disagreed with the political and social stand of the brand.

Several say if it was a multi-national company they would only work on the segments of the business that were separated from the overall corporate positions on political and social matters.

But a number of young students tell me they would work on any account they were assigned, regardless of their beliefs.

And some, to my disappointment, say they see nothing wrong in lying to protect the company.

That’s the trouble with too many PR practitioners, especially those whose assignments involve crisis management, sports marketing and other aspects of sports, political and social matters.

An aside: I never have intentionally lied to a reporter. It is wrong. Maybe I feel this way because I was a reporter and editor prior to moving to PR. I provided incorrect information to the press twice, but that was because I was provided with inaccurate material. When asked an unexpected question whose answer would be detrimental to the brand, instead of lying, I urge you to say, “I have to discuss that question with our team…I will get back to you.” Doing this provides time to prepare an answer. Mark Zuckerberg did this often in response to some of the 600 questions he faced this week on Capitol Hill.

Relatively few communicators work on accounts that encompass politics, crisis communications, various facts of sports and social issues. But some do. So before deciding on a PR career, it’s important for an individual to consider how they would react if management assigns them to a brand whose political, social positions or products they find abhorrent.

I’ve been fortunate in my working life, first as a journalist and then in PR, to have enjoyed both careers. But I have close friends who hated their jobs and couldn’t wait for the work day to end.

Spending the greater part of life in a job you detest must be awful. To those who see only the glamorous side of PR, ponder my three questions above and remember, while certain aspects of PR can be glamorous, only a fortunate few get to work on those accounts.

And to those new to our profession, if you’re unhappy in your work assignments let your supervisors know. The way they respond should let you know whether it’s time to leave or, importantly, to consider another career. Make that decision before you have family responsibilities. It’s easier.