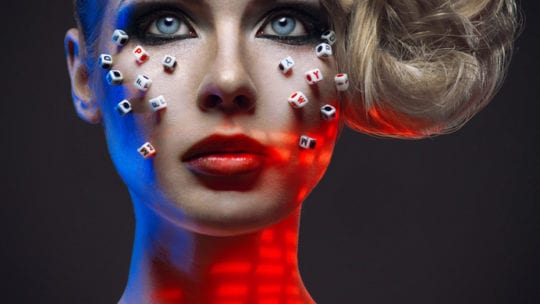 Penned in a pre-digital world dealing with the hangover from the Second Industrial Revolution, Charles Dickens’ “A Tale of Two Cities” tells of two displaced workers searching for opportunities and their place in the universe.

Sound familiar? It should. By the end of 2019 “40 percent of enterprises will have automation centers and frameworks." In addition, “one in 10 startups will begin life with more digital workers than human ones,” Forrester predicts.  And one-third of people don’t think they can control how companies collect personal information, according to a recent McAfee survey.

The only way to ensure that the great changes from AI, social media, the Internet of Things and 5G end up being positive, is for the tech industry – and especially those innovating and instituting these technologies – to embrace the current “techlash” as a tool for change.

Our Feelings Toward Tech

But how does the public feel about tech today?

Well, things aren’t as bad as you might think. Much of the public, 82 percent to be exact, embrace technology and trust its providers, our research shows.  Interestingly, it’s Gen Z and Millennials who appear to trust tech the least, compared to other generations, despite using it the most. 7 in 10 would look more favorably on tech companies if they addressed the effects of their tech.

And while the hot topic is regulation, 31 percent think tech companies are regulated too little. Not surprisingly, this number skews higher among Boomers (38 percent) than it does with Gen Z (24 percent) or Millennials (27 percent). When it comes to data security and protection, Americans think it’s nearly as important as healthcare or freedom of speech, according to the 2018 Authentic Insights report.

To quote Mark Savinson, CEO, Strategy to Revenue, “This is a watershed moment for tech. We’re witnessing the speed and potential of technologies like AI. At the same time, the recent wave of data leaks and privacy concerns that go with that are still fresh in our minds. It falls upon the first generation of senior decision-making Millennials to address this tension...."

Everything Old is New Again

But this is nothing new. “Luddite” is a blanket term used to describe people who dislike new technology. Yet its origins date to a 19th century labor movement that railed against the economic fallout of the Industrial Revolution.  “The group was protesting against the use of machinery in a fraudulent and deceitful manner to get around standard labor practices,” according to Wikipedia, Fast forward 200 or so years. We see similar protests today against many of the big tech behemoths.

“It’s not a surprise that we’re seeing societal scrutiny and likely regulation in these areas. People want to do business with brands they can trust,” says Larry Solomon, CCO, AT&T Inc. “That requires companies be very transparent about their policies, make them easy to understand, give consumers choices on how data is used and above all – keep it secure.”

It is no longer enough for companies to do the profitable thing. They must do the right thing, on behalf of all stakeholders.  Manik Narayan Saha, CIO, SAP Asia Pacific and Japan, echoes this sentiment. “Within the remit of regulatory requirements," he says, "technology companies need to work closely with governments to define frameworks and principles of operating that safeguard the interests of citizens.”

Maybe the media pendulum has swung too far in the negative direction. The public needs to know about the downsides of technology, of course. But these days, when it seems the news media see no technology story worth telling unless there’s a bad guy, it’s up to technology companies to prove they can still do the right thing.