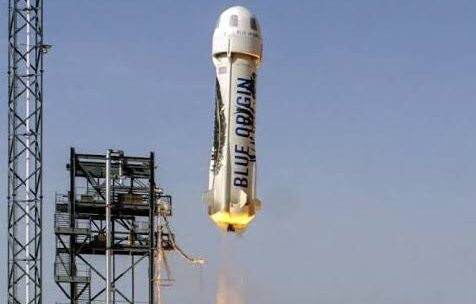 It’s summer in the Northern Hemisphere. A hundred or so years ago that meant several weeks of vacation. In some parts of the world, it still does. U.K. workers get 28 days of mandated vacation yearly. It’s 30 days off for employees in France.

Popular thinking is that summer vacation in the U.S. was linked to the agrarian tradition. Schools were closed during summer months so children could help on the farm.

Unlike most developed nations, the U.S. lacks government-mandated vacation time. Again, communicators who do their homework know that’s not entirely true. In 1970, Congress approved a law mandating 5 weeks off beginning the first week of August—for itself.

Seriously, there is enough difficult news this summer. One of the biggest communication-related stories, of course, is the Delta variant’s rise and how it and other factors have elongated the pandemic in the U.S. For example, Apple has delayed its return to the office.

Still, summer should include some fun, especially to balance the above-mentioned difficulties. And we know laughing is good medicine. So, it’s appreciated when communicators inject fun as they raise awareness of brands.

Again, research comes to the fore. Look into a brand's approach. Those with a tradition of fun campaigns often continue providing laughter. For example, on Valentine’s Day 2019, Heinz Ketchup offered its product in the shape of caviar, Nerdist reported.

Jump to the present, which is National Hot Dog Month. (What? You still don’t top hot dogs with ketchup? That's like a clueless PR pro crafting a crisis communication plan during a crisis.)

To celebrate the month this year, Heinz unveiled a petition at change.org, Nerdist reports. It urges equilibrium between packages of hot dogs (usually 10 per pack) and buns (sadly, just 8). The Heinz Hot Dog Pact argues for “10 wieners, 10 buns.” Even the ‘crustiest’ reporter couldn’t ignore a direct pitch like that, one with absolutely no mustard on it.

And the pitch includes an executive quote, from Daniel Gotlib, associate director, brand building & innovation, Kraft Heinz: “We’ve seen our fans through social media express their outrage about the bun-to-hot-dog ratio… we know there must be a better way.” Additionally, there's a terrific video.

Jeff Bezos is charging someone $28 million for 11 minutes in space, which sounds just about right for the owner of Whole Foods.

Jeff Bezos is taking off for his space flight today, but no matter what planet he’s on, he needs to pay his fair share of taxes.

We need a wealth tax. pic.twitter.com/Cwk6Kk1S9j

In an example of newsjacking not as deft as the examples above, adult entertainment company CamSoda pitched this morning urging journalists to notice its new line of space-inspired adult toys. The toys spoof the shape of New Shepard, the craft that took Bezos and crew to space's edge Monday (July 20).

For those wondering about the nature of these adult toys, the press release’s subject line should remove doubt. We’ll sanitize it slightly: “Adult company launches line of rocket-themed [toys]…after Bezos’ phallic-shaped rocket penetrates the o-zone.”

And since research is a recurring theme here, there are legit reasons for the shape of Bezos's rocket.

A more benign and summer-themed spoof came from 110-year-old dairy Tillamook. It caught us off guard with a release announcing what appeared a legit coalition: The Partnership for Creamier Ice Cream.

Again, research. We knew Tillamook as a serious brand. Its previous campaigns took on important issues.

This newest release noted FDA regulations, which detail ingredient levels needed to label a product ice cream. Serious stuff, for sure. Masking its true intent, the release included a quote from a scientist and noted the coalition even had a president.

On closer inspection, though, the ‘coalition’ was a clever spoof of cause marketing and an amusing way for Tillamook to tout its creamy wares. It urged fans to join the partnership for this important cause. And its president was Baddie Winkle, an outrageous influencer who's 92 years young.

A line in the press release should have tipped us off: “Putting the cream back in Ice Cream.” And the release mentioned Tillamook and Baddie want “consumers [to] understand that cream is king queen when it comes to selecting an ice cream.”

Needless to say we approved of the concept, especially after Tillamook assisted in our 'research,' with three gallons of its creamiest.

Seth Arenstein is editor or PRNEWS and Crisis Insider. Follow him @skarenstein