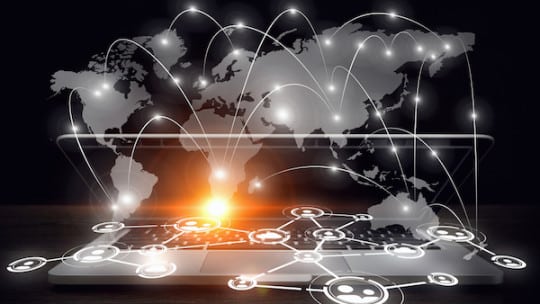 It's a best practice for communicators to monitor social and traditional media conversations periodically. During a crisis, some public relations professionals look at social and other data hourly, in addition to having tools monitoring 24/7. During the pandemic, with the volume and speed of news rising rapidly, nearly constant monitoring seems prudent. Fasten your seat belts, communicators.

For example, yesterday morning Ohio governor Mike DeWine, 73, tested positive. DeWine's tests were part of a regime ahead of President Trump's visit to the Buckeye State yesterday. DeWine was to greet the president at the airport.

DeWine's result was particularly concerning. He was one of the earliest advocates of masks and other mitigation procedures. Early in March, DeWine's moves to cancel several events cast him as radical. Late last month, DeWine signed a mandatory mask order for the state. 'If DeWine can contract the virus,' many asked yesterday, 'is anybody safe?'

Hours later, another DeWine story hit the news. The governor was negative in a second test. As we write, a reason for the discrepancy has yet to surface. The second test was a PCR test, the first was an antigen test.

Communicators and journalists assuming DeWine was positive last night were out of touch.

As we said above, during a crisis, communicators need to be nearly constantly vigilant. For instance, if you're discussing the Ellen DeGeneres situation and didn't know her former long-time DJ Tony Okungbowa recently acknowledged the show's toxic atmosphere, you'd seem out of the loop. Crisis footing is required nearly all the time now.

Cardinals and a Casino

Another example showing the need to monitor this fast-moving news cycle involves Major League Baseball's COVID-19 return. Critics blasted the sport which, they claimed, was sacrificing players' health for fans' entertainment. Baseball, some argued, failed to institute proper guidelines. There were plenty of 'Told You So's' when 14 players tested positive in the season's first week, forcing games to be postponed.

A recent controversy had players for St. Louis's club, the Cardinals, testing positive as a result of visiting a casino. A former player tweeted he'd heard several Cardinals visited a Milwaukee casino. Headlines ensued linking coronavirus to the casino.

Just a few days later, though, there's mounting proof that the casino story was a bad bet. For health reasons, the casino is keeping records of visitors. No members of the Cardinals visited the establishment, the St. Louis Post-Dispatch reported Wednesday.

Still, the virus is spreading through the Cardinals. Its weekend games are postponed.

Apparently, baseball commissioner Rob Manfred is monitoring the social conversation. He'd heard enough naysayers complain and seen examples of worrisome behavior during games. On Wednesday he issued a set of guidelines mandating players and coaches wear masks at all times in stadiums, except when they're on the field. In addition, players will eat outdoors instead of in clubhouses. Additional regulations pertain to players' activities off the field. For example, they'll need to wear masks in hotels, except when they're in their own room.

MLB and the MLBPA have agreed to changes to the operations manual. Starting tomorrow, staff and players must wear face coverings over their nose/mouth at all times and in all places in the stadium except for players on the field. This includes the dugout and bullpen. Everywhere.

At home, players are prohibited from visiting malls, bars or other large gatherings. (We can hear you: 'Monitoring these conditions should be a hoot. Communicators best have statements ready saying, 'We're investigating the allegations that [fill in player's name] violated the regulations.'

4) When at home, players are prohibited from going to bars, malls or any large gatherings.
-Players must get permission from their compliance officer before leaving the hotel
-Clubs must reduce the numbers in their traveling parties to personnel 'essential' to playing the game

Savvy communicators understand the need for constant monitoring and its corollary, agility. In our June 2020 Crisis Insider newsletter, Kelly Stepno, senior director, D.C. practice lead, crisis management and litigation communication for APCO Worldwide, said, “Planning is important...but you have to make sure that if you have plans...you can be nimble and listen to what’s going on around you...we’re all going to live in a state of disruption for the foreseeable future.”

Disruption is something communicators know well. Perhaps it's why PR is traditionally a top 10 in the most-stressed jobs list. That's unlikely to change now. A new tool from LinkedIn, aptly named the LinkedIn Labor Stress Index, puts media and communications on the higher end of stressful industries. Have a nice weekend.