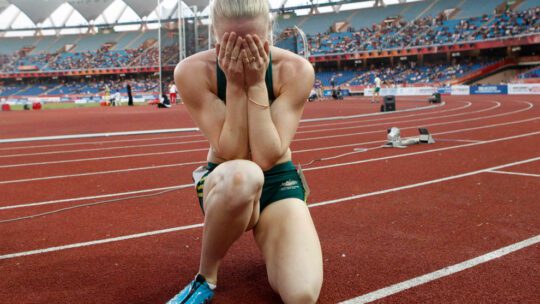 An accompanying chapter should include how sports mishandles PR crises.

The National Football League (concussion denial, players and owners involved in abusive behavior with little punishment) should get the longest segment.  It has had enough crises to enlarge the incomes of multitudes of crisis specialists.

But there are other sports entities that deserve mention: Major League Baseball (steroids and the Houston Astros sign-stealing scandals); the National Basketball Association (the freedom for Hong Kong brouhaha); the International Olympic Committee (too many disgraces to name); Penn State (sexual abuse); and USA Gymnastics (sexual abuse). These prominent organizations deserve a place in The Sports Hall of Shame.

All of the above scandals were made worse, and received ongoing negative media coverage, because of lame, often untruthful initial responses when facts became public. Never hide a problem or hope it’ll go away. Try to solve it before it mushrooms into a PR crisis.

When speaking to media, always tell the truth. It’ll come out anyway.

Here's how corporate, brand and sports marketing outfits, and nearly everyone else, should act during a scandal:

□ Treat your PR pro as if she was a corporate attorney. Tell her everything.

□ Make certain communicators are in constant contact with your attorneys.

□ Include your PR team in all strategy sessions.

□ Within your crisis communication plan include an e-mail manual. It should detail company information that can and cannot be e-mailed. Deliver sensitive information mouth-to-ear.

□ Employees should use the phone, instead of e-mail, for communicating sensitive, ASAP matters.

□ Don’t be intimated when speaking with the media. Act self-assured, but not arrogant.

□ Never answer a question with 'no comment.' Explain why you can’t answer.

□ Don’t address what if questions.

□ Address rumors immediately, but only the rumor.

□ Just as you should have a crisis communication plan and team, designate a repair-the-damage team, aka a truth squad, which scours media for disinformation.

□ Don’t play the blame game. It only provides ammunition for media.

□ Always have a prepared statement for media at press conferences. In addition, have a statement for other media encounters, via email, phone etc.

□ After each dialogue with media, the PR pro should write a synopsis of the conversation and send it to the journalist. Add positive information that was not covered during the conversation.

□ Transcribe questions and answers after contact with the media. Distribute this so your team can prepare for future encounters.

□ Don’t play the good guy and acquiesce to every request for an interview. It will help the reporter, but will not do you any good.

□ Knowing a media outlet's and reporter’s previous takes on issues is essential before agreeing to an interview.

□ Create an all-media regain trust campaign that can launch after the cause of the crisis is resolved.

□ Treat reporters with respect. They are not the enemy, but remember, they are not your friends, either. If you are on friendly terms with reporters remember editors are watching how they cover a story.

□ And remember, the good old days of media friends coming to your aid during a crisis largely is gone.  Too many eyes are watching.