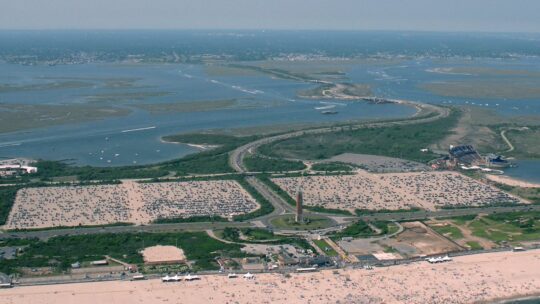 On Sunday morning, July 3, a lifeguard participating in a training exercise at Smith Point beach, a park and swimming area off the Long Island, NY, coast received the shock of his life. A shark bit him.

On the other hand, just days before, at Jones Beach, 60 miles west of Smith Point and 40 miles from NYC, a 37-year-old swimmer suffered what authorities described as "a possible shark bite."

A few days later, a small shark bit another lifeguard off Long Island. Again, the lifeguard was participating in a training exercise. Similarly, the bites indicated the culprit was a small shark. Moreover, shark attacks are rare in this part of the world.

But this fact didn’t stop shark-bite stories from going viral. They created a PR crisis for beach and government officials throughout the 118-mile-long stretch, southeast of NYC: After all, families don't want to swim in waters where a shark could bite them or worse.

Your organization may never deal with a shark attack. But you probably will handle a lawsuit, opposition to a merger or an employee's inappropriate behavior. These are as much a crisis for your company as shark bites are for Long Island.

Here’s what authorities on Long Island did to reassure beachgoers they’d be safe. Their efforts to maintain trust should become yours.

First, acknowledge the facts. Authorities couldn’t pretend the attacks didn’t occur. They're listed in daily police reports. So, the Island's government and beach officials acknowledged the incidents. Doing so let beachgoers know officials were concerned. Moreover, it was clear they were dealing with the issue in a trustworthy, transparent fashion.

Second, highlight something positive (if possible) to pivot from the bad news. In this case, a government official from the Smith Point area's initial press statement noted that the bitten lifeguard was in good condition. Here’s the statement:

If you're going to have an encounter with a shark this is probably the best scenario you could have. We have never had an incident like this occur. Hopefully, we never will again.

Third, share important facts for context. The statement above reminds stakeholders that the beach has been safe for decades.

Fourth, act promptly to prevent further harm to stakeholders. The beach immediately closed after the shark attack. It reopened the next day.

Sixth, execute on those steps. Lifeguards arrived one hour early at Smith Point to scan the water. They also patrolled the waters and had a drone overhead. Jones Beach took similar measures. In addition, lifeguards from the Smith Point area worked with Jones Beach teams in a coordinated effort.

It's not a revelation that people hate being lied to, or feeling like authorities are withholding important information.

By acknowledging facts promptly, Long Island effectively was conducting what former FBI hostage negotiator Chris Voss calls an accusation audit. And once people feel they can trust you, a crisis can drop in intensity to an issue.

Pivoting to positives and acknowledging facts reminds people that all is not lost. You are the authority; by earning trust with transparency, you can showcase your knowledge, expertise and leadership.

The next step is taking concrete steps. This shows you appreciate the issue is serious. That’s what a food recall does; and it’s what closing the Smith Point beach did.

Finally, announce and implement concrete next steps. Voss says yes means nothing without how, and that’s exactly the case in crisis communication. Big promises that aren’t kept will crash the trust you’ve earned. Additional shark monitoring came in the form of early scanning, regular patrolling with jet skis and flying drones.

Authorities clearly will have their hands full throughout the summer detecting sharks and keeping beachgoers feeling safe. Indeed, the presence of small sharks indicates the health of Long Island's waters is improving. Thankfully, it looks like authorities are serious about keeping beachgoers safe and communicating safety plans using PR. Most likely this will turn what could have been Mount Everest into a more modest hill.