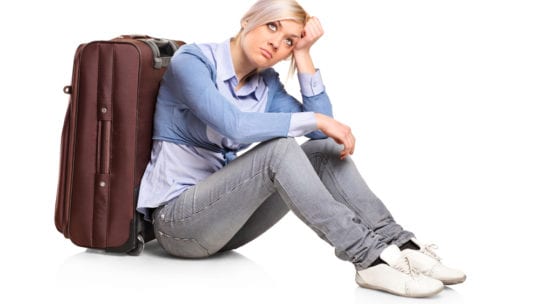 Start-up culture is often championed by a Silicon Valley philosophy of constant iteration, releasing new updates with the old kinks worked out, new guidelines for recurring conflicts, and new solutions to fresh problems, under the mantra of "fail fast." Luggage manufacturer Away, which was valued at $1.4 billion this past May, seems to have never put this mantra into practice.

Instead, the company continues to experience a very public failure, very slowly, that undermines its stated values as a community-focused global travel brand. It's enough to make painfully clear that Away's senior leadership — especially its co-founder and co-chief executive Steph Korey, who's at the center of this crisis — needs a lesson in reputation management.

Away's problems began this past December when a lengthy feature on The Verge detailed Korey's intimidating, hostile and borderline emotionally abusive communication to employees on the company's internal Slack channels. Leadership at Away implemented a strict "no email" policy for employee communications, requiring that all workplace communications be conducted on public Slack channels, save for trivial personal communications like lunch plans.

"The rules had been implemented in the name of transparency," wrote author Zoe Schiffer, "but employees say they created a culture of intimidation and constant surveillance.” Said intimidation is well-documented in the piece, all coming from Korey, including public criticisms on nights and weekends demanding an immediate response.

The blowback from the piece was immediate, including calls for Korey to resign. In less than a day, Korey issued an apology. “I am sincerely sorry for what I said and how I said it. It was wrong, plain and simple,” she said. “I can imagine how people felt reading those messages from the past, because I was appalled to read them myself.”

A few days later, the company announced that Stuart Haselden, Lululemon’s chief operating officer, would become the new CEO, while Korey would stay on as Away’s executive chairman.

Just as Away's saga was starting to be forgotten by the news cycle, the start-up broke back into the collective consciousness on Jan. 13, when The New York Times broke the news that Korey will be staying on as "co-chief executive" with Haselden when he starts at Away on Jan. 20.

“Frankly, we let some inaccurate reporting influence the timeline of a transition plan that we had,” Korey told The Times in an interview for the feature exclusive wherein Korey says that the company's board decided she had decided to step down too hastily. “All of us said, ‘It’s not right,'” Korey told The Times.

The decision to break this announcement with The Times is a curious one, indeed, especially as the feature purports to pick apart The Verge feature that exposed Korey's reportedly toxic internal communications approach in the first place. "The members of Away’s board say they feel as if they fell victim to management by Twitter mob," says The Times, but later explains that Korey's decision to step down was ultimately hers alone. Which was it? The piece also goes on to mention that Away has hired council around a possible defamation case pertaining to The Verge story.

"The company now says it disputes The Verge’s reporting and has hired Elizabeth M. Locke, the lawyer who successfully brought a defamation case against Rolling Stone magazine for a story about a supposed gang rape at the University of Virginia," writes The Times. "It is unclear whether Away plans to bring a lawsuit."

At this point in the story, Away's motives become clear — it wanted to fight The Verge feature with a feature of its own. Scene color describes Korey "Sitting in a windowless conference room at the company’s SoHo headquarters...at one point nearly breaking down in tears." The language hinting toward some sort of confinement, and subsequent redemptive arc for Korey, is the clear and deliberate motive of this feature.

What Media Relations Cannot Do

But when it comes to the crisis skill of reputation management, there are still many things left unclear by the story's end. What corporate policies will be in place to protect employees against hostile internal communications in the future? Is there even a code of conduct and culture that everyone at Away must sign on to? Korey says she's done soul-searching and knows things need to change, but that her board doesn't see those problems as unsolvable. Then the story ends. It's a frustrating non-ending to a story clearly engineered to put Korey's odyssey to bed.

Want to learn more about reputation management in the throes of crisis? Join PRNEWS and our experts from brands like IBM, McDonald's, Carnival Cruise Lines and more in Miami for our Crisis and Measurement Summit on Feb. 25-26!

It's also a reminder for PR pros that there are some things media relations cannot do — in this case, speak on behalf of Away about its values moving forward. An effective media placement for your brand or organization may bring an outside perspective to your story, but that perspective is decidedly "across the street", at a distance, and a few degrees removed.

That said, Away's plan to announce that Korey was staying on (though perhaps ill-advised) should have unfolded with respect to the issue at hand — an internal culture crisis — by kicking off with a statement coming directly from Korey and the board. No media profile, no clever campaign, just a statement — optimized for multi-channel distribution — directed at all of Away's stakeholders

Having a statement come from Away itself, instead of The Times, would have taken some forethought and planning. But it also would have done tremendous reputational repair toward showing that Away wants to engage its audiences first and foremost. Considering that all the Slack screenshots in the original Verge piece were eminently sharable, Away should have been especially keen to come up with some assets of its own, optimized for platforms like Instagram.

Whether your brand is in the throes of crisis or not, designing and timing a multi-channel media relations approach around what behaviors you want to see from your stakeholders, and when, goes a long way toward sinking or salvaging brand reputation. This is a lesson that Korey, co-chief executive Haselden, and the entire board of Away must now learn the hard way.