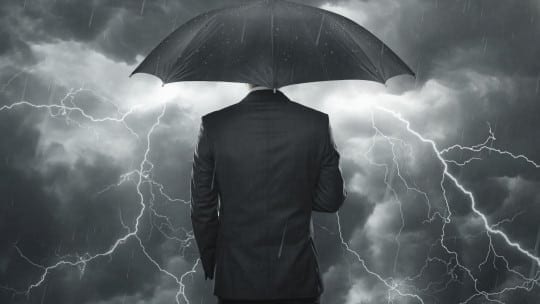 Brands and Americans should know better.

Not even 3% of us live a healthy lifestyle, according to a study released last week in Mayo Clinic Proceedings. In a similar vein, nearly half (48%) of the communicators surveyed in a Nasdaq Public Relations Services / PR News poll conducted earlier this month said their organizations lack a crisis communication playbook.

Of the 48%, 36% said their organizations have no playbook, with 12% saying they were unsure. Being unsure about a crisis plan is tantamount to not having one, crisis communicators agree. Responding to another question, just 50% of the 346 respondents to the online survey said their organizations were “adequately prepared to manage crises effectively.”

In addition to having a plan, brands and organizations are urged to role-play crisis scenarios on a regular basis. Again, the survey found the cupboard nearly bare, as more than 60% said their organizations fail to role-play or were unsure if they do.

The lack of crisis planning that the survey showed surprised Mike Piispanen, VP, global head of public relations services, Nasdaq. “You only have to turn on your TV set today to see crisis,” he said referring to the deadly attacks in Brussels last Monday. “You want to do crisis planning on a sunny day,” he added. He also was concerned with the finding that more than 60% of organizations are ignoring role-playing crisis scenarios. “Practice is a critical part of preparing,” he said. Piispanen also extolled the virtues of media training for executives and spokespeople to insure they are ready to respond in a crisis. In the study 24% of respondents said their CEOs and spokespeople receive media training yearly.

What Can Communicators Do?

Piispanen’s advice to communicators who find themselves in an organization that lacks crisis planning is to make a case to superiors, loading it with examples. The first thing to advocate, he said, is to formulate a crisis plan.

Added Deb Hileman, president/CEO, Institute for Crisis Management, “Communicators in companies without a crisis plan should prepare an argument for planning with a pure business focus. Numbers get the attention of senior executives. Communicators who can effectively make the business case for crisis planning have a better chance of selling the idea to management. It is said that for every $1 spent on crisis preparedness, $7 is saved on the financial impact of a crisis later on.” A new ICM report echoes many themes found in the Nasdaq/PR News survey [see page 8].

Why aren’t more organizations preparing ahead for crises? “In the 25 years we have studied crises, we have found a simple reason that half of organizations do not have a crisis plan: management denial,” Hileman said. “Too many leaders fail to grasp the notion that a crisis will happen to their organization. Even as they see peer companies struggle through serious and costly issues, they don’t believe it will happen to them. They fail to learn from the mistakes of others.”

The Press Release Is Not Dead Yet

One minor surprise from the poll was the resilience of the press release when communicators are dealing with a crisis. Asked about the communications tools they leverage in a crisis (respondents could choose multiple answers), 81% said the press release. Email was the top vote getter with 89%; social media tweet or posts received 81%. Web sites and text messages received 70% and 40%, respectively.

Turning to social media crises, Piispanen said, “If your company has 50,000 followers [on social media], that’s 50,000 reasons to have a [crisis] plan.” He added, “The speed that [a social media] crisis can go viral” is another reason to have one, he added. Just 16% of respondents said their companies and organizations were not monitoring social media.

Embed This Image On Your Site (copy code below):