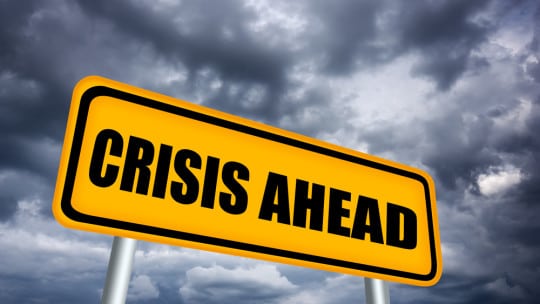 Hurricane Matthew recently taught millions of Americans a lesson they should have long-since learned: that it is dangerous to live or work on the coast. Of course, telling coastal dwellers this is like telling Kansans that it’s dangerous to live in Tornado Ally – or a Los Angelino that it can be unhealthy to live on a fault line.

The latest environmental victims don’t want to hear it – they have long-since decided that it’s worth it to be in an at-risk geographic location. This is why Matthew destroyed billions of dollars of real estate and thousands of companies were damaged, crippled or even put out of business.

The point is simple: While anything can happen at any time, planning for crises you can anticipate can save you heartache and millions of dollars. Some of the more unpredictable weather-related disasters waiting to happen involve blizzards, heat waves, tornadoes or hurricanes.

Plan for Everything You Can

You get the picture.

In PR, it’s essential that you plan for crisis and make preparations. Sometimes these efforts push up against the wishes of executives outside the communications space, who are sure that everything is OK. Things can get ugly, especially when you’re fighting for tight budget dollars. The larger the organization, the more likely that mid- or upper-level executives will fall into the “go-along-to-get-along” mind-set, which creates a potential barrier for organization-wide crisis planning.

Waiting To Plan Is a Mistake

Recall the Nasdaq PR Services-PR News Pro survey in March, which showed only about half of the firms polled had crisis plans; even fewer practiced crisis scenarios regularly. While I’d like to say those results were the exception, I can’t. Other groups have conducted surveys that provide similar results.

On a positive note, there are several ways of overcoming built-in entropy to crisis planning. The first involves working around the planning-resistant executive:

The other approach is to conduct the risk assessment and PR planning, then go to the resistant exec and demonstrate the benefits of your crisis response plan, and try to win him or her over to your way of thinking.

Fortunately, creating risk assessments and crisis response plans are not expensive. Should a crisis actually arise, most organizations ignore budget limitations in exchange for protecting the brand.

When planning for a crisis, it helps to set up a Risk Assessment Threat Chart, which is nothing more than an Excel grid that identifies risks and allows you to calculate probabilities.

[Note to Subscribers: You can find a sample threat chart at the PR News Pro Essentials page: prnewsonline.com/pr-news-pro-essentials/]

Based on these assessments, your crisis and disaster-response PR plans can proceed accordingly. This same matrix approach can be used for any potential disaster. These should include all the categories above and those unique to your industry.

Not all crises can be planned for, of course. Long before 4-wheel drive vehicles were common, a freak snowstorm dumped 24 inches of powder on a South Carolina hospital. This shut down the roads providing access for doctors, nurses and other key staff. Responding quickly – and from a home isolated from the hospital and without power, but with phone service – the PR director put out a call on local radio and TV for people with 4-wheel drive vehicles.

The public responded in large numbers, ensuring that doctors and nurses could safely travel between home and hospital during this nearly week-long crisis. Not only did this prove operationally effective, but it strengthened ties between the hospital, the community and the media.

This wasn’t planned, because it was a “500-year snow.” The larger point: even “500-year” weather events happen (every 500 years), so planning is not as pointless as it might seem. The bottom line: it makes sense to create PR plans to respond to any crisis you can anticipate. When disaster strikes, you’ll be prepared to manage effectively.

How to Plan for a Disaster

Planning for a disaster is critical – and each disaster needs a separate disaster planning team. For example, the Secret Service designated a South Carolina hospital as a “receiving hospital” should the president have a medical emergency while flying between Charlotte and Augusta. Upon receiving this notice, the PR director pulled together a crisis planning team that included:

Because this last item relates directly to media relations, an explanation might be in order. The traveling presidential press corps tends to have better access to breaking news than the local media. They are known to the Secret Service, have photo-ID badges that identify them as members of the press and – because they represent major news media, they are used to getting their way. Often local reporters are brushed aside – or, in the vernacular of the presidential press corps, “big-footed.”

While the hospital’s PR director made plans to accommodate the press corps with a press room, the longer-term interests of the hospital involved ensuring that the local press was treated with respect, and provided access. By involving the newspaper publishers and TV station general managers in the planning process, those relations were strengthened even before there ever was a presidential health emergency which, fortunately, never happened.

This has wider implications for any organization that gets caught up in national news. While it’s important to accommodate the national media, it’s at least as critical to ensure the local news media is looked after since it will provide ongoing bread-and-butter press coverage for your organization.

The hospital’s crisis planning team began the process with a face-to-face meeting – but only after each participant had signed an NDA – and together they worked out the procedures necessary to ensure security for the president and access for the local media – as well as internal systems in the hospital to provide for the press room needs of the media. This included creating an on-the-run press room, posting police in all stairwells to keep enterprising reporters from trying to breach internal security, and providing local media with photo IDs that the sheriff’s security team would honor, allowing locals equal access to the press room.

Due to the confidential nature of this potential crisis, rehearsals were not possible – however, all of the parties involved (separately) rehearsed their roles – the sheriff deployed his forces during a hospital practice (non-specific) emergency drill, the hospital engineer had his staff set up the press room in the auditorium several times until he had the timing right, the civil defense director worked with the sheriff to practice traffic control, and the media briefed its teams on ways of responding to a generic high-profile individual being admitted to a local hospital.