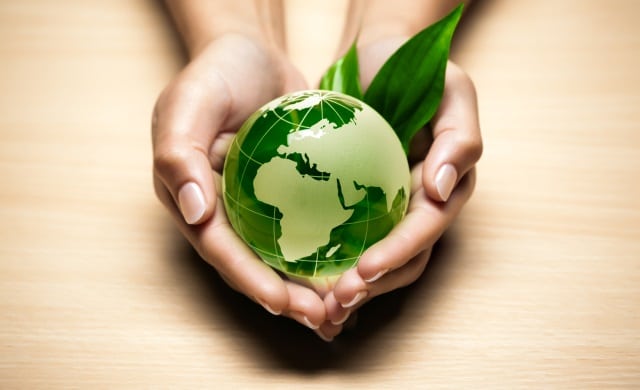 On the one hand, a reluctant yet wildly successful businessman raised the bar on corporate purpose for climate change to an impossibly high level. Yet on Capitol Hill, Democrats blasted absent PR firms for their role in helping fossil fuel companies greenwash and slow climate progress.

The good news first. By now you know Patagonia’s founder Yvon Chouinard said he’s giving away the roughly $3 billion outdoor-wear company so its profits can fight climate change. What you might not know is the announcement's PR was almost picture perfect.

Just as the story hit major media as a scoop, company communicators emailed press releases with the compelling subject line: “Patagonia’s Next Chapter: Earth Is Now Our Only Shareholder.”

In addition, the announcement truly was a media package. Beyond the basics, a link offered media eight assets, including three photos of the former owner (a black and white of a young Chouinard and two current color shots of the 83-year-old rock climber).

Another asset link in the package was a Chouinard community letter. It explains the giveaway in prose so simple it would impress Ernest Hemingway.

Similarly, the letter and some assets also were presented effectively at the company’s site.

“I never wanted to be a businessman,” Chouinard’s letter begins. “I started as a craftsman, making climbing gear for my friends and myself, then got into apparel.”

After a brief recap of the Ventura, CA, company’s environmental efforts—in 2018 its tag became “We’re in business to save our home planet”­—Chouinard writes, “While we’re doing our best to address the environmental crisis, it’s not enough. We need to put more money into fighting the crisis while keeping he company’s values intact.”

Instead of going public–“What a disaster that would have been. Even public companies with good intentions are under too much pressure to create short-term gain at the expense of long-term vitality and responsibility”–Chouinard chose “going purpose.”

PR’s a No Show

On the other side of the country, in Washington, D.C., PR firms working for big oil and gas skipped testifying in front of a House hearing examining alleged misinformation they generated.

A tenet of crisis PR holds that when a party remains silent, others will provide a narrative. As you can imagine, much of the resulting storyline excoriated PR. However, Republican members pushed back, arguing Democrats and environmental groups were off base in their attacks on energy and PR firms.

FTI Consulting also is a subcommittee target. It is cooperating with the committee and so did not testify, the spokesperson said.

In short, should the greenwashing allegations hold up, they would deliver PR an ethical gut punch.

The report said firms went “beyond their traditional task of marketing to help their oil and gas clients fight off climate policies and mislead the public about climate change,” Reuters reported.

For example, the memo says Shell’s Sky Scenario, which discusses a path toward cleaner energy, is pie in the sky. Shell documents the Committee obtained say Sky “is not a Shell business plan” and has “nothing to do with our business plans,” the committee memo said.

While the memo's contents is bad for oil and gas companies' reputations, the tactics it mentions could prove devastating for PR's image. While not illegal, the optics are poor.

On a gross level, PR firms are helping big energy create a smokescreen, numerous pieces of evidence allege. In short, energy firms, with PR's direction, say publicly they are working toward cleaner alternatives. Internally, it's another story.

Similarly, a directive urges Shell officials to "avoid stating that the company plans to reduce emissions. It characterizes net-zero emissions "as a goal for society” and a “collective ambition for the world,” but implores Shell employees to never “imply, suggest, or leave it open for possible misinterpretation that NZE is a Shell goal or target.”"

Lana McGilvray, founder and CEO of the PR and marketing strategy firm Purpose Worldwide, said allegations in the congressional documents merit attention. They underscore "a tainted history of unethical behavior" in PR "and the need for a standard code of ethics," McGilvray adds.

Unlike certain fields like medicine and law, PR presents a challenging ethical dilemma for its practitioners, McGilvray argues. PR pros "interested in ethics must consult several organizations or develop their own," she says. "That's not a great proposition in an industry known as spin doctors." In addition, "it does not jive with today's cultural and business need for CSR and ethics."

Should PR firms' public image continue sliding, "it is very likely they will fail or be part of the much larger global problem fueling disinformation."