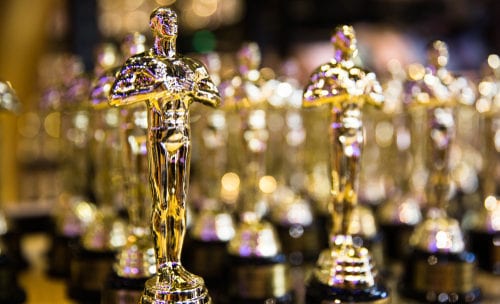 In 2015, the hashtag #OscarsSoWhite appeared on the Twitter timeline, going viral for the prestigious awards event that lacked diversity in its lineup of nominated films, actors, producers and directors. Five years later, The Academy announced sweeping standards to incorporate wider representation and inclusion in its nominees.

The inclusion standards will roll out in stages during the next five years and can be found at The Academy’s website. For Best Picture consideration they include criteria such as casting “one leading or significant supporting actor role from an underrepresented racial or ethnic group,” as well as “30% of the film’s crew" (being hired) from women, racial or ethnic groups, LGBTQ+, people with cognitive or physical disabilities, or who are deaf or hard of hearing.

For some, this is a welcome move that many creatives have been awaiting for years. For others, a change after five years is too little too late, and they find it infringes on their creative freedom. Everyone in Hollywood seems to have an opinion.  Ideally, will this fix a diversity problem that may exist at a film’s conception?

#OscarsSoWhite was never going to fix the inclusion problem because the Oscars is at the end of a film’s release. This is a great start to fixing the pipeline at a film’s genesis, by making it inclusive right off the bat.

That this isn’t already industry norms is ridiculous. https://t.co/uM0Irsv54H

The Academy’s release included a quote from its main leaders—a dual statement is not something you see everyday—and, unfortunately, it doesn’t deliver much necessary information.

“The aperture must widen to reflect our diverse global population in both the creation of motion pictures and in the audiences who connect with them. The Academy is committed to playing a vital role in helping make this a reality,” said Academy president David Rubin and CEO Dawn Hudson. “We believe these inclusion standards will be a catalyst for long-lasting, essential change in our industry.”

Contrary to the rise in voices for social justice today, The Academy was one of the first institutions to get viral attention for its lack of diversity and inclusion. It’s surprising it’s taken it this long to announce changes. Many other organizations, like the NBA, moved at a much faster pace, particularly after protests ignited in support of George Floyd earlier this summer, as well as in response to the recent shooting of Jason Blake.

Many might ask why the Oscars dragged its feet? Many are looking for an explanation. Nimble response is key for many audiences when it comes to the genuine representation of an action.

Of course Twitter comes alive when systematic changes are on the table. Are movie buffs, actors and creators happy with the The Academy's changes? The social media platform seemed to have a reaction to match every opinion, including some who just stopped by to observe the outrage.

So how do you feel about the new inclusion and representation rules for the #Oscars?

Glad to hear the Academy of Motion Picture Arts and Sciences is adopting new diversity and inclusion standards for Best Picture nominees starting in 2022, according to this @IndieWire article. Representation matters. https://t.co/tt3x6iiBPN #filmmaking #Diversityandinclusion

I've never seen so many white people collectively angry about the prospects of having to be in the same room with women and minorities. Wow.#Oscars

People criticising the Oscars new inclusion/diversity rules because it destroys "the freedom of an artist".

Will the changes make a difference? That remains to be seen, but either way, delivery of the message left a lot of the public with more questions than answers, something professional communicators should avoid when announcing changes.