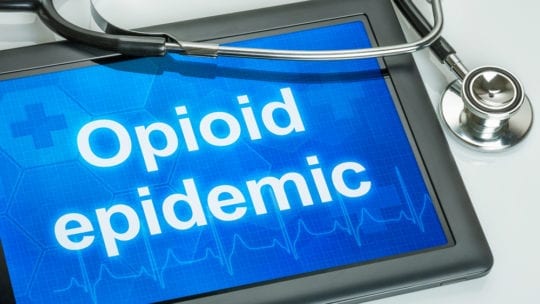 "When you don’t like what's being said, change the conversation." That was the advice of Don Draper on “Mad Men.”

It's advice that big pharma might want to consider when it comes to the opioid epidemic. A survey from NPR and IPSOS released today makes clear the breadth of the issue. Opioids have touched one in three Americans, the survey of 1,000 people says. Germane to communicators, the survey also indicates the American public isn't buying pharma's narrative about its role in the situation.

In addition to paying fines and penalties, pharma should disclose details of its role in fueling demand for opioids, the survey says. It found 57 percent believe pharma should be held accountable for worsening the situation. At a time when the country can agree on few things, that finding cuts across the partisan divide, NPR says. Similarly, 70 percent believe drug companies should pay for addiction treatment and for naloxone, which is used to revive those who've overdosed.

The situation isn't improving. Opioids continue to kill 100+ people daily, NPR says. On Wednesday (April 24), President Trump announced his 2020 campaign will refuse to accept pharma donations. Pharma, the president said, needs to account for its actions on opioids. The industry was a small contributor to his 2016 effort. It sent some $400,000 to the Trump campaign. By contrast, it donated about $3 million to Hillary Clinton, according to data from the Center for Responsive Politics.

True to the president's words, 1,600 opioid-related lawsuits are on file against drug companies, NPR says. In addition, individual executives are facing charges.

There are examples of brands reaching out to critics in an attempt to mend fences. For example, Coca-Cola made nice with critics who'd urged it for years to resurrect Surge, its citrus-flavored soda. After Coca-Cola relented, it reached out to those who'd led the Surge rebellion.

Reaching out to those who've lost loved ones is far more difficult than dealing with a defunct soft drink.  The opioid issue is extensive, as the survey shows, and highly emotional. As Meredith L. Eaton, director, N. America, for Red Lorry Yellow Lorry, says, "When lives are at stake, and death tolls are mounting, it’s not simply a ‘reputation management’ issue."

Still, it's pharma communicators' job to reach out to a hostile and skeptical public. They must attempt to recalibrate the industry's tarnished image. Often perceived as overly greedy, pharma also has several other issues on its plate.

Some argue pharma's communicators should approach this task as a crisis-response problem. The advice is similar—acknowledge the situation promptly and accept responsibility. Apologize using an appropriate tone. Since some 200,000 Americans have died from opioids, the tone of communications will be critical. Be as transparent as possible. Tell stakeholders what you'll do to stop the problem. Then deliver.

"The survey suggests...that what [the pharma industry has said and done] to date...simply has not met the public where it emotionally resides," says Hinda Mitchell, president, Inspire PR Group. Similar to tobacco's problems decades ago, "The public, government and the legal community are going to demand transparency and accountability...pharma really doesn't have a choice but to deliver," she adds. In addition, they'll need to "fully accept that they’ve contributed to the problem." Again, easier said than done.

They'll also need to walk the walk, Mitchell and Eaton argue. Pharma companies will need to "put strong action behind their messages," Mitchell says. Companies losing the narrative war often feel its best to remain silent or be reactive only. "But, taking charge with a proactive approach is key, provided there’s meaningful activity to be proactive about," Eaton says.

"Establishing meaningful steps (creating programs, funding treatments, making donations, building partnerships with more favorably-regarded entities) can go a long way," Eaton says. In addition, "companies need to put a face to the cause and ensure these efforts are visible across a variety of platforms and mediums."

Similarly, pharma will need to "demonstrate that it cares as deeply as the public does," Mitchell says.

Companies in a narrative crisis should conduct regular perception audits to measure whether their efforts are making a difference, Eaton urges. "It's a calculated move to publish the data," she says, noting such transparency "can often help further establish a commitment or re-commitment to a cause."