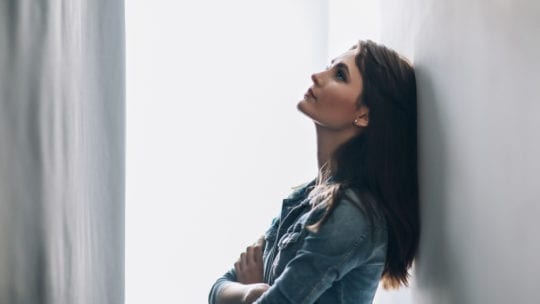 Reach your mid-20s, and social plans shift from being entirely drinking related to including dinners.

During meals it's likely you will encounter the ‘What do you do for work?’ question. For most people, the standard response is that they are ‘loving it.’ It’s a little bit like the first time friends meet up after the first semester at university–you’re unlikely to get many saying, ‘I’ve regularly cried from homesickness, and my flatmate enjoys gabber remixes of Taylor Swift songs at 4am.’

So, it was with interest that I listened to a someone deviate from the script recently.

This person had an incredible marketing role with a leading brand. It's a job that took her across the world and into the kinds of events I could only dream about. Halfway through dinner, she admitted constantly battling a feeling of inadequacy and falling behind. Worse, she didn’t have anyone to talk it through with. This led to her burning out through December and January, and retreating from nearly everything social.

PR, marketing and communications are confidence games; you need to project an assurance and a swagger that allow companies to trust you to run the public-facing aspect of their brand. Really, though, the swan effect describes a great deal of PR: on the surface, you’re serenely gliding through the job with minimal fuss. Underneath, you're kicking your legs frantically to ensure that everything runs perfectly.

Projecting confidence is how things are supposed to appear in the office. Yet the need to keep a stiff upper lip brings with it some detriments. For those struggling with their workload, a tough boss or the pressures of a particular project, sometimes it can feel like everyone is doing fine, except you. That feeling is suffocating.

Communications is an industry filled with competitive, intelligent people who have the opportunity to progress fast. PR executive made the 2019 list of the top 10 most-stressful jobs.  The natural inclination is that people are reticent to admit their weakness. But if a culture exists where employees can speak freely, then the positives can be vast.

Some of the best confidence-building experiences I’ve had is when a senior person admitted he's still ‘learning on the job.’ Similarly, it’s like reaching adulthood and realizing that older people at work aren’t a different species. They are colleagues who can now grow a decent beard. Some even have realized they need to incorporate vegetables into their diet.

Team members who openly discuss their strengths and weaknesses simply get better results. As such, it's important for PR to create an open culture.  Such an atmosphere encourages staff to discuss looming deadlines, seek help and agree on how to manage them next time.

This culture also encourages those who don’t know how to do something to ask for help without feeling embarrassed. Need assistance with media relations? Ask someone. Let her know you'd be happy to assist them with writing, one of your strengths.

Most important, create a culture of openness where a person feeling pressured, even though he might now show it, can tell someone that he needs help. This goes beyond good work practice. It can make a difference in a person's mental health and wellbeing.

As a fan of Watford football, imagine my (pleasant) surprise when I saw star player Troy Deeney, in an interview, talking candidly about mental health. He discussed how he and other footballers must stop putting up the front of a ‘hard man’ and be open with their fears and struggles.

Some PR teams are adopting this approach. In addition they are taking Mental Health Awareness Month seriously. I’m lucky to work where this is the case. Not everyone in the fast-paced world of communications has that luck. So, it’s worthwhile to remember: when the pressure is on, show some humanity. It will make you and your colleagues all the better, more effective and happier.

Garry Dix is an account director at Aspectus Group