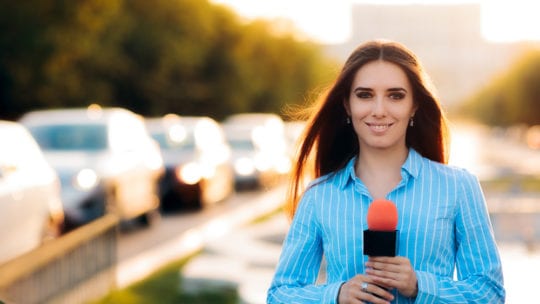 There are several things about dealing with journalists that I find new and some experienced PR pros are not aware of. As an editor and reporter prior to joining the PR business, this surprised me.

Unless your college instructors were working newspeople, the below might have eluded you.

Just because a PR firm distributes a press release with the words “Embargoed Until” atop it doesn’t mean that a reporter will honor it. Most will, but it's always good to have someone speak to the journalist and request she agree to honor the embargo.

Scientific studies sent to specific editors are an exception. The same is true for releases saying “For Release After.” PR pros should know that once a release is distributed, when it is used is up to editors.

You can tell a media member that something is "off-the-record,” but it doesn’t mean a reporter considers it so.

'If you don’t want it reported, don’t say it' is the advice I always give to executives before interviews or when they socialize with the media.

Recall Madeleine Westerhout, President Trump’s personal assistant, who “quit” or was fired after making comments during a dinner. The event supposedly was off-the-record.

Limiting high-ranking companies to the most-prestigious media and offering those lower in the pecking order to so-called lesser media is a great way to avoid building good relationships with reporters.

'Minor' outlets can save the day when major news organizations ignore your pitch. Treat the “minors” like the “majors.” In addition, good reporters at major outlets read the trades to find stories. Sometimes large papers buy articles from trades. Make sure executives know this.

Many PR firms have normal business hours. Journalists work round the clock. After pitching a good story, the best way to cement media contacts is to let journalists know where you can be reached at all hours.

Similarly, you can turn off a journalist quickly when you send a pitch on a day when you're unreachable or on vacation.

Journalists Can’t Do Without Us

Just because your very important executive is in town and wants media coverage doesn’t mean that reporters will jump at the opportunity of doing an interview. There are several reasons for this.

The industry your executive works in won't interest every news outlets. Your very important executive is one of many to a content creator. In addition, even if a reporter agrees to a get-to-know session, he might not find anything the executive says important enough to warrant writing a story.

Even if you work at a top-five agency, journalists will not be impressed when you contact them. It’s the story that matters, not the agency that provides it.

For example, during my pitching days, an important editor at a major media outlet thought I worked for an agency other than the one that employed me.

One day, she  said to me, “If you know someone at Burson-Marsteller ask them to tell (Jane Doe) that I throw out all her hand-written pitches without opening them." The editor did so because Jane failed to spell her name correctly. Clearly the editor didn't realize the bad speller also was my colleague.

“I’ll tell her. She sits a few doors away from me,” I replied. The editor was stunned. She thought I worked somewhere else.

It might impress your mother (probably not your spouse). Still, an important-sounding title will fail to give you an in with media.

Being Helpful and Being There

Over the years, I made many media friends. They introduced me to their colleagues. They did so because I made myself available 24/7. I also was around weekends and holidays if a reporter needed information or was looking for a story on a slow news day.

I realize that doing so might interfere with one's home life. My experience shows that you will not be bothered much. And it might help your career to be media friendly.

Importantly, if I thought of a good feature story that didn’t work for my clients, I would give the idea to my reporter contacts. They always appreciated it and it worked to my benefit.