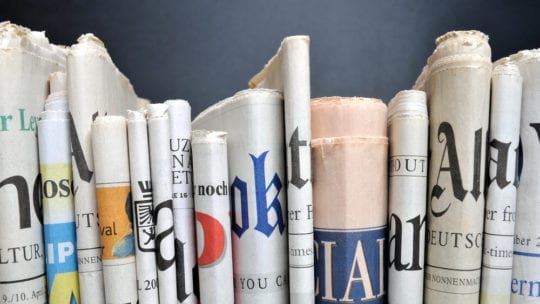 On the surface, the climate for media relations has never been better. A U.S. Department of Labor study says there are six PR pros for every one reporter. Media relations should be tantamount to shooting fish in a barrel, right?

Look behind the numbers and other stories appear. A study debuting today, Global Journalism Report 2019, argues the media landscape continues to fragment, with the lines continuing to blur between reporters, bloggers, freelancers and influencers.

The study looked at 2.1 billion pieces of editorial content produced between Q1 2018 and Q1 2019. It shows the percentage of authors who contributed to mass media publications declined in Q1 2019 vs Q1 2018, from 26 percent to 15 percent. Meanwhile, 41 percent of content producers contributed to Tier 3 publications (trades, blogs etc), up from 26 percent.

Let's be positive about these findings. Smaller publications might better fit your media relations plans. Is your target audience an avid consumer of a trade publication or a blog? If so, pitching journalists at those outlets is a good tactic. The 2018 version of this report found a tremendous increase in the number of Tier 3 publications. Still, with more content producers publishing at so many smaller outlets, keeping track of who's where and who's influential is a bigger job.

Another consideration: with so many pitchers chasing a shrinking group of content producers, journalists have their pick of pitches.

While reporter positions are expected to continue to fall, the 2019 study notes that there are still plenty of journalists. It lists the top 100 digital outlets by number of writers. Again, the conundrum, with so many journalists, whom do you pitch? The top 10:

Successful pitching also involves knowing who writes about what. The study finds this also is more complex. The report identifies myriad topics covered. The top 10 by volume of contributing authors:

Some good news for media relations pros is that journalists are producing significantly more content. Last year's Global Journalism study found journalists creating 78 percent more content than during the previous year. This year's report finds a quid pro quo in that the content is smaller in size. The number of characters per article fell 18 percent, from an average 2,324 characters per article to 1,967 per article.

This trend might bode ill for SEO. A Backlink.io study shows length likely matters to Google. In general, it appears that longer articles rank higher on Google. The decline in character count could become an issue.