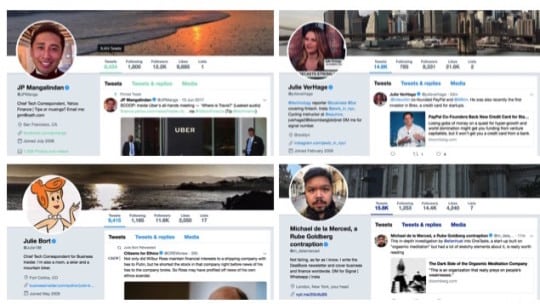 Email still rules as the media pitching method of choice for PR pros. In a March-April 2018 PR News survey of more than 400 communications professionals, nearly everyone said it is their top pitching method. Just four respondents said Twitter is their first choice.

These results do not entirely negate social media's importance to media relations pros—55% of survey respondents said Twitter is their second-most effective method of connecting with reporters.

Scott Dobroski, senior director of corporate communications and public relations at Glassdoor, would likely have no arguments with these survey findings. "My team at Glassdoor actually doesn’t engage with reporters on social media too often," he said at a recent PR News media relations webinar. "Though if you do it right, it certainly can be effective and be another avenue to grab a reporter’s attention. I would say the biggest social channel we’ve found to be effective if you’re going to engage a reporter over social media is Twitter."

Dobroski is nothing if not cautious about the uses of social media for media relations. Here's his list of do's and don'ts for engaging with reporters.

Use direct messaging to comment on reporters' tweets, and retweet them. This can be helpful down the road, especially if you want to try and influence or frame a story that is favorable to your goals and your company.

Try to pair data with every story you pitch on Twitter. "Data is everything. We’ve used data since day one at Glassdoor and still use it today. In fact, it’s so powerful we now have an entire economics team, which is a data powerhouse. Part of what they do is fueling the corporate communications and media relations teams with relevant data to keep Glassdoor top of mind among job seekers and employers."

Make yourself known to reporters as a resource. "Do this before you use social media to get them to cover that oh-so-important story that is looming over you."

Don't pitch reporters publicly on Twitter. "Your story may be under embargo, you may want it to be exclusive to them, so why would you let others see that?" said Dobroski.

Don't abuse direct messaging on Twitter. Direct message a reporter on Twitter only when you're absolutely certain that the message is relevant to that particular reporter.