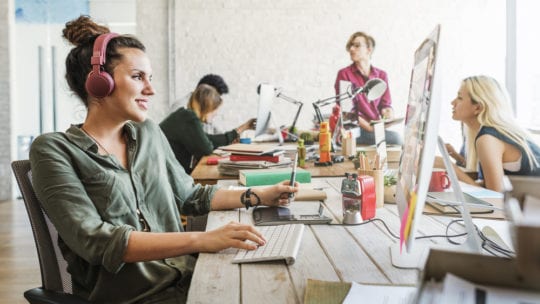 An executive at a major corporation asked once if I could list the most important traits that make for a successful PR pro. The executive needed the insight for an article he was considering writing.

Had I been like this executive, with a brand engaging a PR agency (I was with Burson-Marsteller at the time), here's what I would have liked to see from agency personnel assigned to my account:

An agency executive (AE) with at least a few years of experience.

An AE unafraid to say “no” to a reporter.

An AE who isn’t shy about explaining to a reporter what the client's interest is before the interview begins.

An AE who will say to a client, “I don’t agree with you” (as long as alternatives are provided).

An AE who reads newspapers daily, news magazines, the trades and keeps up with relevant TV shows.

An AE with the ability to transform a trade story into a consumer story.

An AE who can suggest fast-breaking publicity ideas based on breaking news.

An AE who has the ability and foresight to refresh older stories, instead of saying constantly, "But what’s new?”

An AE who understands that the client’s interest is more important than getting a major hit.

An AE who would immediately alert me if news broke that could influence the reputation of my company.

An AE who can send me a draft of a news or feature release the way it should be written and edited--without grammar or spelling errors.

An AE who sends me several different approaches to a story or program.

An AE who takes the initiative in providing ideas and does not wait for my lead.

An AE who knows how to manage a budget.

An AE who can craft a story or program that appeals to more than one segment of the media.

An AE who can craft a story or program that works for the client and the media.

An AE who has the ability to change the creative of a program annually, or when circumstances merit changes, while keeping the core messages intact.

An AE who understands that a story benefits a client only when it includes message points.

An AE who understands that the client knows more about what will benefit a corporation than the agency account team does.

On accounts where I was an advisor, I found two major problems: The agency teams would offer programs to clients that made no sense to the marketing objectives of the client or were way over budget. They just wanted to demonstrate how creative they could be. In addition, account teams would jump on the latest fad during program planning. The problem there is that by the time the program was approved, the fad likely would be stale.

I always preach my A B C rule of program planning: Always Be Creative. But creativity that doesn’t match the client’s marketing strategy or is so complex that it will cost much more than the budget isn’t creative. It’s bad planning.

Most of all, I would want an AE who realizes that the PR rules learned in communications’ schools are not carved in stone. I want an AE who always is searching for new approaches that will work for the client and the media.

A Postscript: When I interviewed for my first job in PR, I was given a test. I thought it was unusual at the time. The agency's owner handed me a few newspapers, circled several stories and asked if I could find ways to lengthen the shelf life of the stories. He then gave me a press release and asked what I would do to improve it. His last question: “Can you type?” In retrospect, he made a wise choice using that test.